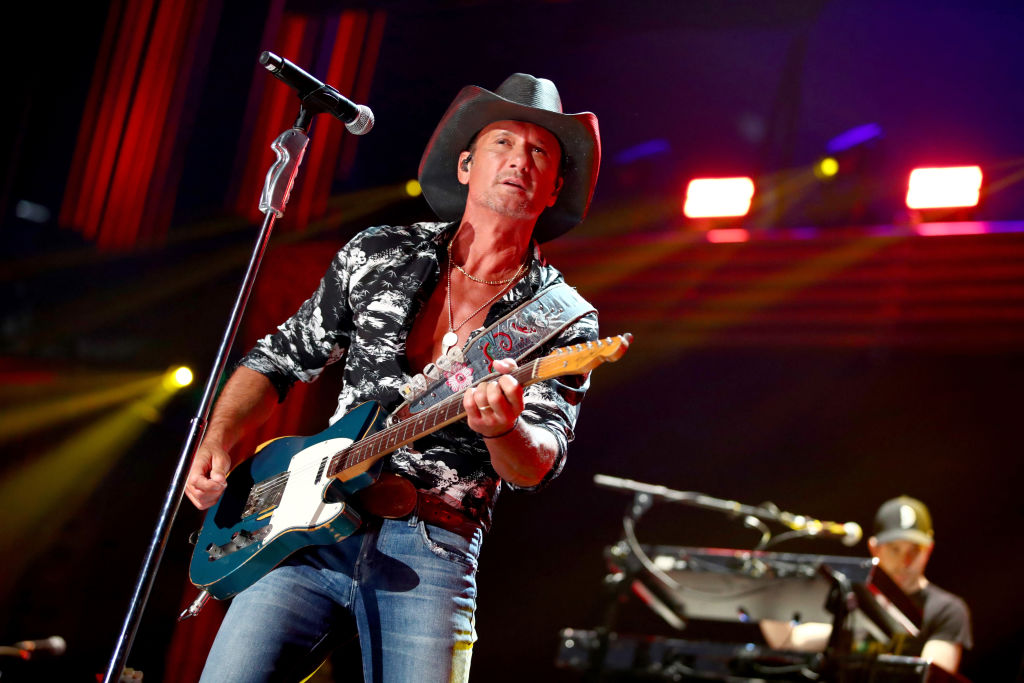 In their recent interview with Entertainment Tonight, the legendary country singer and the 33-year-old musician spoke about the meaning behind their unreleased track.

Hubbard, who is known as a member of the Nashville-based duo Florida Georgia Line, explained that the worst events of 2020 influenced him to compose "Undivided."

Moreover, the "Line This Is How We Roll" artist mentioned that being on quarantine for 12 days and the luxury of having "uninterrupted thoughts, emotions and feelings" helped him "write a whole bunch of songs."

"This song kind of fell out of the sky as I like to say, felt like it was a gift from God," he furthered.

After finishing the song, he then sent it to the award-winning singer-songwriter to get his feedback.

Hubbard then shared that the "My Little Girl" hitmaker loved it and two days later, they found themselves in the studio and recording his track.

"So, we can't wait, it's a huge honor to have this message and be able to share it with the world and for me to be able to do it with Tim is just incredible," Hubbard told the publication.

As Tim McGraw recalled the first time he listened to the song, he revealed that it "hit him" straight in the heart.

Hearing "Undivided" made him "reflect" on himself, and he mentioned that it feels like he had a certain connection with the song.

Speaking about the meaning behind their upcoming track, the three-time Grammy winner revealed that it was about being in a "social fabric" and helping build a decent and peaceful community.

In addition, the legendary singer hopes that their pop-friendly country song would give the public something to look forward to despite the devastating events in the past year.

"And I think we've gotten away from that a little bit and I think we're going to get back to it, and hopefully, if this song is just a drop in the bucket to help in that along the way, then I think Tyler and I would be very proud."

In his decade-long career in the music industry, the 53-year-old Louisiana-born singer has been regarded as one of the most iconic country artists.

READ MORE: Nicole Kidman Bags Lucille Ball Role in 'Being the Ricardos' Biopic -- But Fans Are Not Happy

Tim McGraw gets real about the meaning behind his new song with Tyler Hubbard titled "Undivided." ( Rich Fury/Getty Images)