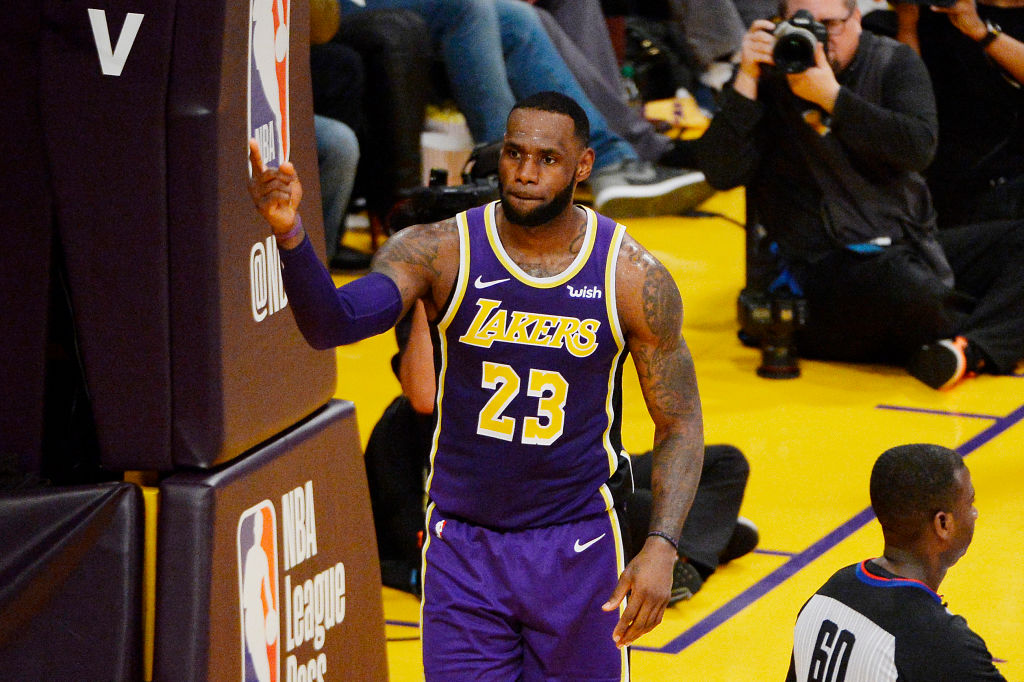 Juliana Carlos, who was dubbed as "Courtside Karen" by LeBron James, posted a heartfelt apology on social media after her verbal altercation with the Los Angeles Lakers star.

Social media manager for the Utah Jazz Angie Treasure posted a screenshot of Carlos' apology that said, "To say things escalated quickly at yesterday's game is an understatement, and I want to apologize for losing my cool and removing my mask in the heat of the moment."

(She’s also up about 50k followers on IG which is probably what she wants anyway, including three people follow—you know who you are *cough* @kylegoon) pic.twitter.com/NjnXsHJCuY

Carlos also expressed that sports wouldn't be sports "without a little trash-talking." She further admitted that she got defensive and even used offense language against LeBron.

"And for these things, I take full responsibility," she added.

What Happened Between 'Courtside Karen' and LeBron James

Juliana Carlos explained that she and her husband Chris had argued with LeBron James during the Lakers' win over the Atlanta Hawks, which the couple are massive fans.

The referees stopped the game after LeBron was heckled by a spectator in Atlanta. pic.twitter.com/apoDqvt4ll

In a series of profanity-laced videos shared on her Instagram account, Juliana said she was yelling at LeBron to defend her husband, who had an issue with him.

She said that she minded her own business when her husband and the basketball player yelled at each other, leading to another exchange between her and LeBron.

At one point, she even lowered her mask to yell at the NBA superstar, and then someone can be heard telling her to put her mask on.

"All of a sudden, LeBron says something, and I see this, and I stand up," she said in an Instagram Story.

The couple were later escorted out of the building.

The Hawks reportedly investigated the incident, but it has been noted that Juliana and her husband won't be banned from future games.

The Athletic was able to review the footage of the altercation between LeBron and Courtside Karen. Still, the Lakers superstar's only comment was calling the woman's husband "Ol' steroid a--."

The outlet added that they couldn't hear LeBron using the word "b---h" to Juliana.

LeBron James wasn't upset by the entire thing after the game. The altercation happened during the fourth quarter.

When asked about the run-in, he expressed his happiness that fans could sit back and watch in the stands.

"At the end of the day, I'm happy fans are back in the building," the Lakers forward said.

LeBron didn't elaborate on what Courtside Karen's husband said to him, but he pointed out that they were "out of bounds."

He also didn't believe that the back-and-forth warranted for the couple to be removed from their seats.

James also believed that the fans might "had a couple drink" that's why it happened.

Of course, LeBron had to tweet out, "Courtside Karen was MAD MAD!!" alongside a series of laughing emojis.

Juliana Carlos, who was dubbed as "Courtside Karen" by LeBron James, has issued an apology. (Robert Laberge/Getty Image)