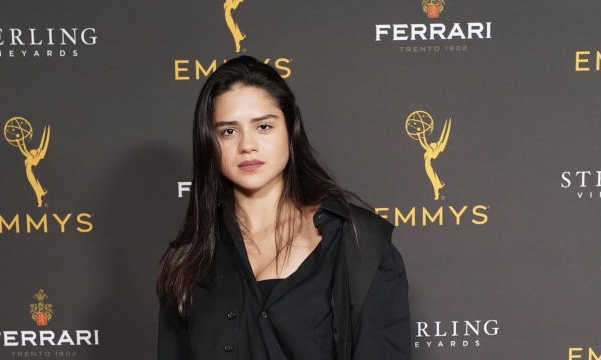 Sasha Calle stood out and scored Kara Danvers's role, aka Supergirl, in the upcoming "The Flash" movie. However, it's not a smart move for DC Entertainment at all.

"The Flash" director Andy Muschietti officially announced that Calle will succeed Melissa Benoist in the franchise.

In an Instagram post, the director officially picked Calle to play the role of Supergirl for the first time in Ezra Miller's standalone "The Flash" movie.

There have been rumored superheroes who could join The Flash in exploring the multiverse. For the new film, Ben Affleck has been confirmed to play the role of Batman again.

However, with Calle's arrival, it has been confirmed that Supergirl will be the latest DC superhero to join "The Flash."

"The Young and the Restless" actress' involvement came after Benoist divulged that her "Supergirl" stint on The CW will end soon.

Calle will succeed Helen Slater, who played the role on the big screen in 1984.

However, her milestones actually will not benefit DC, as the choice of making her the new Supergirl is actually not good..

Why Sasha Calle Is Not Fit to be Supergirl

The 22-year-old actress already scored several award-winning roles in the past. Calle even left a good impression when she debuted as Virginia in the film "The Outcasts."

Throughout her acting career, she starred in different films that put her in the spotlight.

However, she is not just an ideal actress to be the next Supergirl.

It is worth noting that Benoist cannot continue filming the TV show since she wants to raise her first child and prioritize her family. Given that situation, DC should have just put the show and movie on hold until the actress returns again.

However, the company hailed Calle as her successor, which should have not happened at all.

Benoist did a great job in giving Supergirl the justice it deserves. Her role in the Oscar-nominated film "Whiplash" showed similar qualities the character has. She was also famous for her vulnerability and earnestness during her time on "Glee."

Unfortunately, the newcomer has not met all these standards yet, making her unfit to play the role.

In addition, even fans suggest that there are better actresses to be the next Supergirl, including Chloe Grace Moretz. The 24-year-old "If I Stay" actress looks more similar to the character compared to Calle.

If DC would exclude the superhero for a few years and let Calle grow a little older, maybe then the actress would be good enough to match Benoist's version of the character.

There are thousands of actresses all over the globe, but DC made the wrong move by picking Sasha Calle to play the role of Kara Danvers/Supergirl in "The Flash" movie. (Rachel Luna/Getty Images)