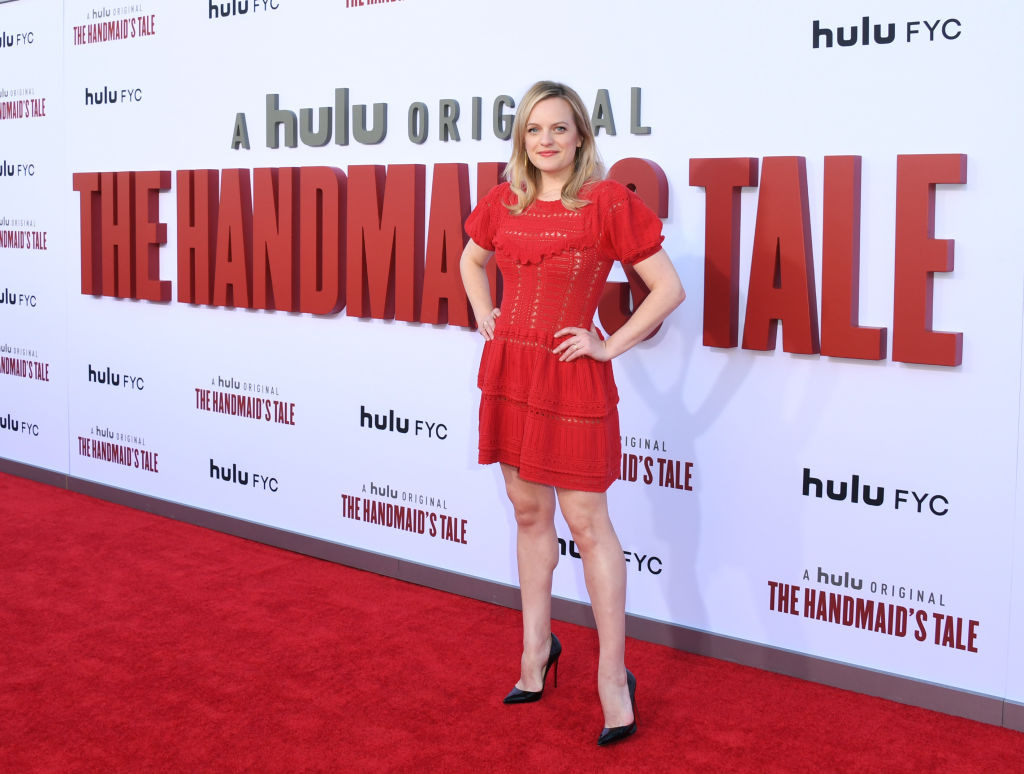 After a year and a half after its last season, "The Handmaid's Tale" season four drops a new trailer and reveals its release date. We also included some spoilers, so read at your own risk. Hulu just said that it will premier episodes 1 to 3

In a sneak peek of its fourth season released on Thursday, June seems to be out of Gilead as she's no longer wearing the signature red wardrobe and white bonnet.

Instead, she wears a yellow sweatshirt, a blue baseball cap, and a backpack as she walks through an abandoned street in a city.

As she rides in the back of a truck and a few members of the resistance, they listened to the radio with the latest news saying that Gilead is getting more global sanctions because of the continuation of violence in their city.

Elsewhere in the trailer, Commander Fred Waterford, June's former master, tells her wife Serena that their former handmaid will start a war.

Aunt Lydia and the other handmaids are looking for June. She tells them, "Find her and bring her to me."

The almost two-minute-long teaser also shows June reuniting with Nick as they share a kiss and her arrival to Canada, where her real husband lives.

In a voiceover with the Canadian flag waving in the docks, June can be heard saying, "My name is June Osbourne. I am a citizen of the United States."

In an interview with "Jimmy Kimmel Live," Elizabeth Moss revealed that the fourth season of "The Handmaid's Tale" will be just as brutal.

"If you can't face our show, then how are you going to face what's happening in the world?"

Fans' favorite character Commander Lawrence will probably come back for this season, while Serena Joy is now in a position to finally answer for the things she has done in the past after betraying her husband.

While many fans think that this might be the final season because June finally escaped Gilead and will be residing in Canada, the series will not be wrapping on this upcoming season just yet.

According to producer Warren Littlefield, they look into Margaret Atwood's book "The Testaments" that would take them 15 years into the future.

He revealed, "But I think we want to keep the bar high, and it would not be a bad thing to leave the audience wanting more, and then we could ideally shift into 'The Testaments.'"

More Details About the Upcoming Season

"The Handmaid's Tale" season four will drop three new episodes on its release date, Apr. 28. It will not only premiere with one episode, but three!

Instead of 13 episodes, there will only be 10 for this season.

"The Handmaid's Tale" is based on the novel written by Margaret Atwood.

The Hulu series follows June, a mom-of-one and a handmaid in Gilead's dystopian world, following a second American Civil War where all women are oppressed. They are only used for fertility.

Along with Elizabeth Moss, other cast members of "The Handmaid's Tale" include Yvonne Strahovski, Joseph Fiennes, Alexis Bledel, Samira Wiley, and many more.

Tune in for more The Handmaid's Tale' Season 4  spoilers and news updates.