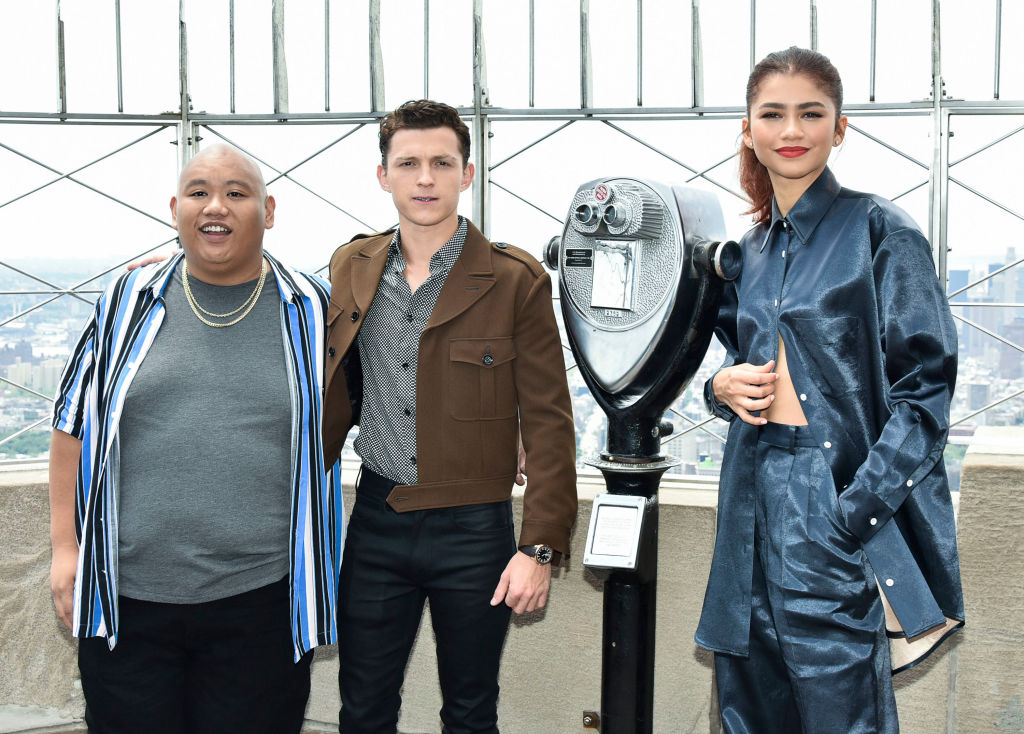 The cast of "Spider-Man 3" shared new images on their respective Instagram accounts.

The title character played by Tom Holland captioned a picture of him, co-stars Zendaya as MJ and Jacob Batalon (Ned Leeds) as they seemed to explore a dark and creepy location.

Holland captioned the photo, "So excited to announce the new Spider-Man title. Can't wait for you lot to see what we have been up to. Love from Atlanta."

The next photo was the title reveal, "Spider-Man: Phone Home."

Meanwhile, Jacob Batalon also shared a picture of his cast-mates and a title reveal.

He said in the caption, "We're so excited to share the TITLE of our new movie!! Swipe right for the big reveal!! Also, enjoy this exclusive still from the movie, just an extra gift from us."

However, the title reveal in his post was "Spider-Man: Home-Wrecker."

And, of course, Zendaya also had to post a sneak peek of what the trio had been up to, and a title reveal as well.

She captioned the photo, "So excited to announce the new Spider-Man title. So proud of this one... FOS is back!"

But on the post, the title revealed was "Spider-Man: Home-Slice."

Zendaya, Holland, and Batalon confused fans by posting not one but three different and most likely fake titles for the upcoming "Spider-Man 3" movie.

He first commented on Holland's post, saying, "Woah woah.., Wait why is your different?!?" along with a mind-blowing emoji.

Batalon also commented on Zendaya's post saying, "Okay now this is just ridiculous. We have to talk to Jon," their director.

Fans knew that all three title reveals are fake.

A fan commented on the post, exclaiming, "YALL ARE SO MEAN TO US AND FOR WHAT."

Another said, "The fact that u didn't spoil anything is shocking."

Some asked if Tom Holland's title reveal was a teaser for a cameo.

But despite knowing they are all fake titles, fans are happy that there's going to be a new "Spider-Man 3" film.

"IDEC IT'S A FAKE TITLE IM LITERALLY JUST SO HAPPY THAT ANOTHER SPIDER-MAN MOVIE SI COMING."

According to Screen Rant, there's a clear theme for the hero's film titles.

"Spider-Man: Homecoming" sounded cheesy, while "Spider-Man: Far From Home" was kind of appropriate considering it was a sequel and they were literally far from home.

The outlet believes that they're going to continue to stick to tradition.

Fans will soon know what the official title reveal will be in the next coming weeks.

READ MORE: Sex and the City' Reboot: 'Mr. Big' Responds to Rumors of Reprising His Role