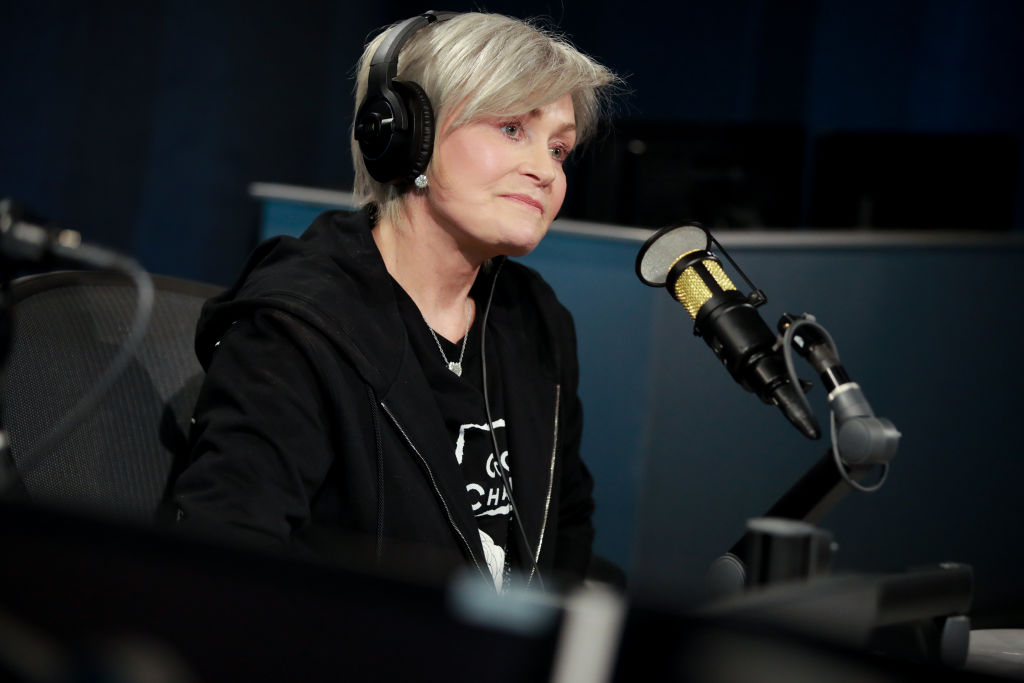 Sharon Osbourne may be leaving "The Talk," but she's not going without a fight.

According to the Daily Mail, she is all set to file a lawsuit against the show's network, CBS, after being forced to quit the show she has been part of since its inception.

Osbourne made headlines in the past few weeks after defending her friend and British broadcaster Piers Morgan for his comments on Meghan Markle's bombshell CBS interview with Oprah Winfrey in early March.

As per the outlet, Ozzy Osbourne's wife is reportedly demanding to be paid for the remaining two years on her contract, which is believed to be around $2.7 million. It will also be part of her claims for damages.

An insider close to the controversial host told the Daily Mail, "She feels a few suits at CBS have really done for her here. Sharon won't let this go."

Questions surrounding Sharon Osbourne's departure from "The Talk" surfaced last Friday after CBS confirmed the news. It seemed like Osbourne was forced to resign from the show and was therefore fired.

"As part of our review, we concluded that Sharon's behavior toward her co-hosts during the Mar. 10 episode did not alight with our values for a respectful workplace."

They mentioned that the specific episode was certainly very upsetting to everyone involved, including the show's viewers. Contradicting the claims that Osbourne was blindsided by CBS producers and setting up to fail by being forced into the debate, the network statement's explained, "We also did not find any evidence that CBS executives orchestrated the discussion or blindsided any of the hosts."

However, they did acknowledge that they're accountable for the things that happened during the live show.

READ ALSO: Is Kelly Ripa Getting Replaced On 'Live! With Kelly and Ryan?' Fans Want Sub To Be Permanent

"it was clear the co-hosts were not properly prepared by the staff for a complex and sensitive discussion."

Since "The Talk's" hiatus, CBS has reportedly been having listening sessions and coordinating workshops and training about equity, as well as inclusion and cultural awareness for everyone involved in the show, whether in front or behind the scenes.

As previously mentioned, Sharon Osbourne has been on "The Talk" since its inception in 2010. She is the longest co-host on the show.

The show has been nominated and won several Daytime Emmy Awards and winning People's Choice Awards.

Despite leaving "The Talk," Sharon Osbourne will not have a dent on her bank thanks to her successful career in the TV industry, appearing on "The Osbournes" in 2002. The show received high ratings and was paid $12 million for her role.

At the age of 27, she became her now husband's music manager.

She also launched her own ITV show, "The Sharon Osbourne Show," which was worth $2.7 million.

Osbourne also became a judge on "The X Factor UK" for eight years.

Sharon Osbourne already came from a wealthy family, being the daughter of a music pioneer in the British rock and roll scene.