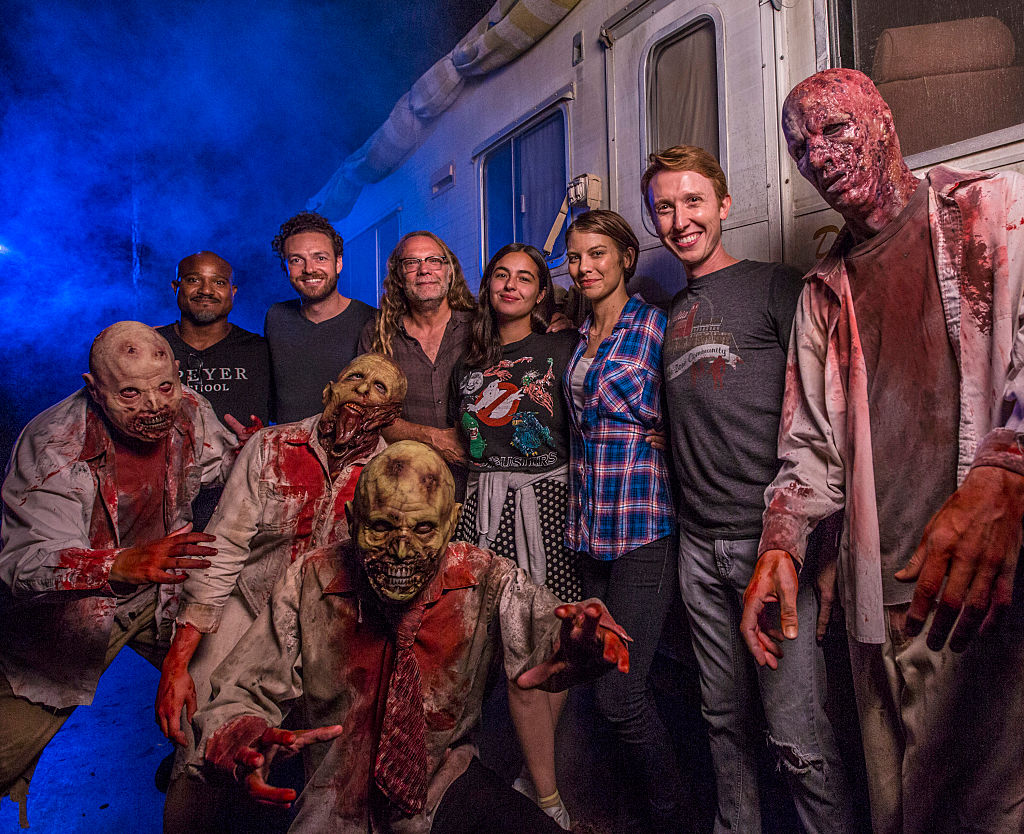 "The Walking Dead" season 10 has saved one of its best episodes for last.

Sunday's emotional episode focused on the one and only Negan on the episode "Here's Negan," chronicling his relationship with the wife after whom he named "vampire bat."

And it seems like AMC doesn't want the fans to wait any longer because they announced that "The Walking Dead" season 11, the final season, the premiere date is on Aug. 22, 2021.

Showrunner and executive producer Angela Kang said in a statement, "Coming off of the six additional episodes for Season 10, which focused on smaller, character-driven stories, we're excited to kick off Season 11 bigger than ever."

"The stakes will be high - we'll see more zombies, tons of action, intriguing new stories, never-before-seen locations, and our groups together in one community for the first time, trying to rebuild what the Whisperers took from them."

While it may seem like an extended period, the next few months will not be easy for fans who always crave horror and survival shows.

Here are some of the series you can watch to satiate your hunger, including post-apocalyptic shows, horror shows, and even more zombie shows.

It has the same mood, moral ambiguity of characters, and a wide range of beloved cast who are possibly going to die at any moment.

It starts almost 97 years after a nuclear apocalypse, and only a few human survivors live on an orbiting space station.

When The Ark gets crowded, 100 juvenile delinquents are sent to Earth to determine if the once radiation-poisoned atmosphere is habitable for humans.

Soon, they find that they aren't the only human survivors walking the Earth as each of them fights for survival.

Where to Watch: Shudder

If you enjoy the special effect makeups on "The Walking Dead's" creepy zombies, you'll enjoy "Creepshow."

It is also by executive producer and makeup maestro Greg Nicotero, a streaming TV reboot of the classic anthology film from the 1980s written by Stephen King.

"Creepshow" features 12 hair-raising shorts into six episodes, all of which contain something that will make you think it's gross but would still love it.

The Haunting of Hill House

There's no zombie in the Netflix series "The Haunting of Hill House," but the show will reveal that the scariest monsters are not zombies but, in fact, humans.

It follows a family reeling from the loss of their mother and their youngest daughter 26 years apart because of the horrors they suffered living in Hill House.

The real power comes from the characters' dynamics and how it makes the viewers care about them before they rip off the hearts.

"The Rain" is a Danish Netflix series set in a world conquered by a virus carried by rainfall.

While most humans died, two siblings could survive the epidemic, even taking house in a bunker for six years.

They search for their father along with other survivors and hope to find a quarantine zone.

This is a Korean show that mixes zombie horror and a period piece.

It's about a prince who finds out that there's an illness spreading in early 1600s Korea. As he investigates further, he learns that the plague kills its host and turns them into a zombie.

It's one of the best shows ever to come out since "The Walking Dead" started.