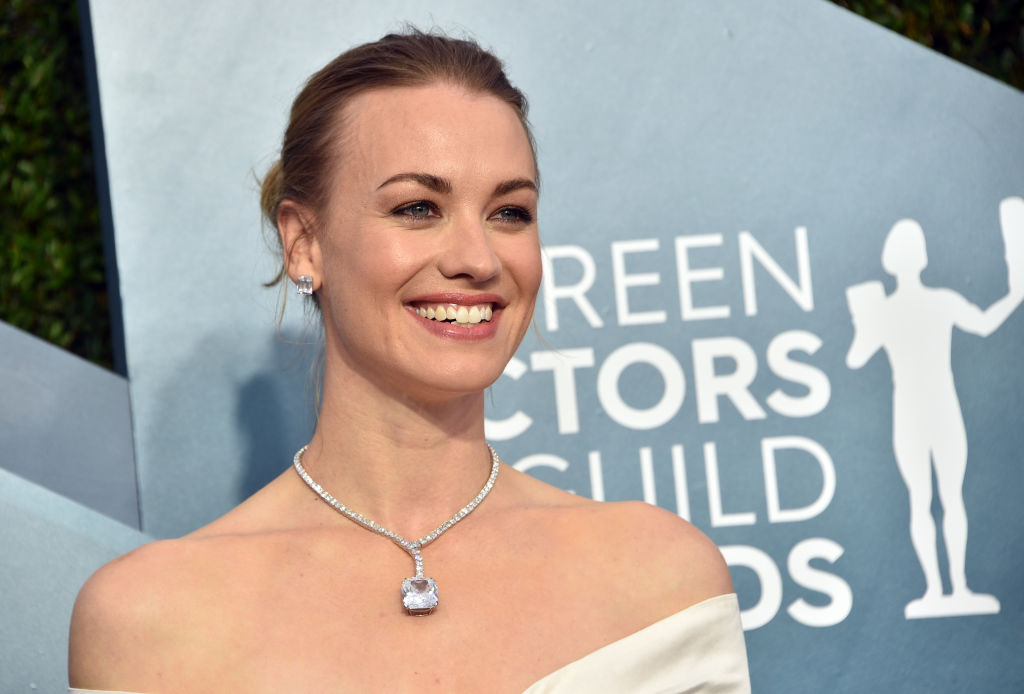 The Handmaid's Tale season four premiered on Hulu with the first three episodes of the drama have already been released.

In one of the episodes, it has been confirmed what fans have been theorizing has been correct: Serena Joy is pregnant.

In the trailer teased just before the premiere, Waterford is seen opening an envelope. Inside was an ultrasound photo which many fans believe Serena has finally managed to conceive.

But Who is the Father of Serena Joy's Baby?

One of the final episodes of the third season gave away a potential plot for Serena Joy's character.

In season 3, episode 11, Serena Joy slept with her husband just before they arrived at the Canadian border.

But upon arrival at the border, Mark Tuello (Sam Jaeger) managed to arrest them for the war crimes in Gilead. There was also a symbolism that was shown, a womb imagery with a lamp in the middle.

However, not everyone is still convinced that Fred is the dad.

"The fact that they're trying to make us think it's Fred's makes me think that it's not," one Redditor said.

Another explained, "It's likely that Fred isn't infertile either, just that he has a lower sperm count and they happened to 'catch' Serena at the right time when they finally resumed marital relations."

I SHIP Mark Tuello with Serena Joy and I don't care that they have seen each other only once. He told her all the truth and offered her freedom and her own baby. I can't forget how they were staring at each other. I definitely saw a chemical between these two. #TheHandmaidsTale pic.twitter.com/PqnHwuBBPN

Fans on Reddit believe that it's also possible that the dad of Serena Joy's baby is Mark Tuello, as there have been theories that suggest she had an affair with him.

The pair have been spotted together a couple of times in the past seasons and now, Tuello is someone who Serena Joy speaks to regularly.

However, it is worth noting that there's no indication that they slept with each other.

One Redditor said that it is in Tuello's nature to sleep with a war criminal.

What Other Fans Think of Serena Joy Being Pregnant

Some fans on Reddit believe that Serena Joy shouldn't even be pregnant because "she's awful" and "deserved nothing good."

Though it could also seem like it would be her redemption storyline, they still think that "she doesn't deserve true redemption for the s--- she has done."

According to creator and showrunner Bruce Miller, viewers should just wait for how the fourth season of "The Handmaid's Tale" should play out.

He told Indiewire, "Don't try to guess what happens. That's a fool's errands."

"You will not be able to know what happens. That's the beauty of the show."

New episodes are expected to come out every Wednesday for the next coming weeks. "The Handmaid's Tale" season four has ten episodes.