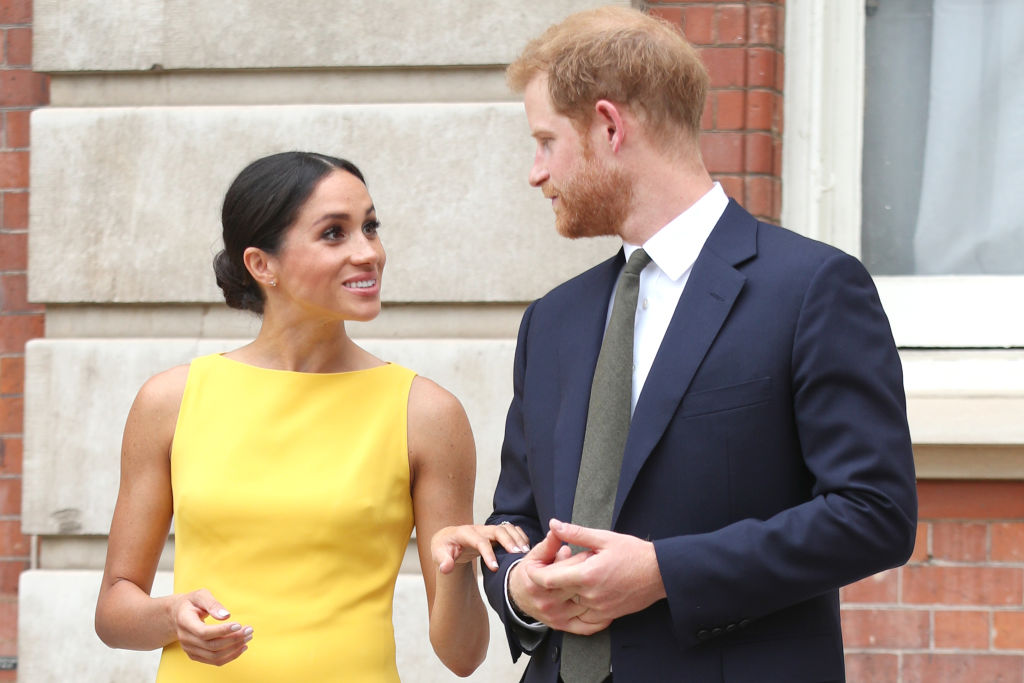 A celebrity expert revealed that Prince Harry and Meghan Markle will receive a massive payday as Hollywood stars, after taking a step back from their royal duties.

Celebrity biographer Kitty Kelley believes that the Duke and Duchess of Sussex are going to be "sought after" in the US and will be highly paid for partnerships with their "celebrity value" increasing massively.

According to Kelley, this is due to the couple boasting a rare connection other than being just celebrities in the US, something that the country has never been able to achieve.

She told The Washington Post, "Harry and Meghan will be sought after socially in America and paid generously (some might say exorbitantly) for their celebrity value."

"Not even the biggest US movie star or sports giant can claim Harry and Meghan's link to the British monarchy."

Just last weekend, the 36-year-old Prince received a "standing ovation" after making a solo appearance at a COVID vaccine benefit concert, with American fans saying that "he belongs to us now."

Though Prince Harry and Meghan Markle have stepped down as full-time working members of the royal family, they continue to use their royal titles.

More than a year after Megxit, they continue to style themselves as the Duke and Duchess of Sussex.

Additionally, Prince Harry remains to be the sixth in line to the throne, followed by his son Archie Harrison and his daughter who will be born this summer.

Prince Harry and Meghan Markle, who are estimated to have a combined net worth between $25 million to $40 million, have already scored million-dollar deals with several big companies including Netflix for $139 million and $41 million for Spotify.

If the Duke and Duchess of Sussex are expected to make more than Hollywood's highest-paid stars, here's a look at celebrities' earnings to estimate just how much the couple will is likely to make after leaving their lives in the UK to pursue careers in the US.

A post shared by The Duke and Duchess of Sussex (@sussexroyal)

READ ALSO: Blake Shelton Says 'It's Ridiculous' to Have Gwen Stefani as GF in His Younger Years- Here's Why

Will Prince Harry and Meghan Markle Surpass These Stars' Earnings in 2020?

Thanks to "Fast & Furious," Vin Diesel becomes part of the Top 5 highest-paid actors in Hollywood. Forbes estimated his earnings are around $54 million.

Not too far from Diesel, Ben Affleck scored $55 million for starring in the Netflix film "The Last Thing He Wanted."

He was also part of the movie "The Way Back."

2020 was a busy year for Mark Wahlberg who made millions for producing two series "Wahl Street" and "McMillions." He also made a movie for Netflix last year titled "Spenser Confidential."

Forbes estimated that Ryan Reynolds made more than $20 million for each of his recent Netflix movies titled "Six Underground" and "Red Notice."

Dwayne Johnson tops the highest-paid earnings list after cashing in a massive payday with an estimate of $87.5 million.

He received a massive check for his Netflix movie "Red Notice" and was also successful in selling his Under Armour line worth $23.5 million.

It is expected that his checks will keep on piling as he will be making his DC superhero debut soon.