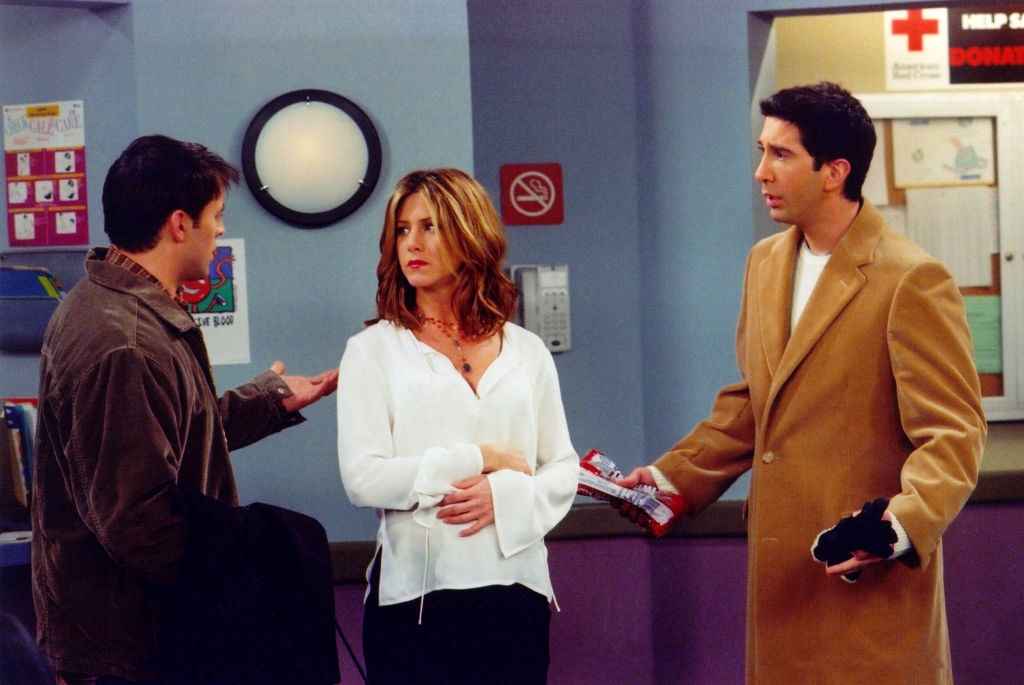 Did Jennifer Aniston and David Schwimmer date each other?

Everybody wanted Rachel Green and Ross Geller to be together on the show, so much so that their fans want them to date in real life.

Fans of the hit 90s show have followed their favorite characters' on and off relationship, with the show even culminating in an episode dedicated to, whether or not they were or were not, together in the end.

But spoiler alert: Rachel got off the plane.

Seventeen years later, not only were the fans feeling the instant chemistry between the two stars but both Jennifer and David revealed that there was also chemistry in real life, especially during the early episodes of "Friends."

Speaking to the highly-anticipated HBO Max episode for "Friends: The Reunion," the two actors confessed that they both had feelings for each other even before their characters Rachel and Ross started dating.

They told the show host James Corden, "The first season, I had a major crush on Jen," David admitted.

Then Jennifer Aniston also confessed, "It was reciprocated."

David Schwimmer later on detailed the nature of their relationship and even insisted that they never crossed the friendship boundary.

He explained, "I think at some point we were both crushing on each other, but it was like two ships passing because one of us was always in a relationship."

He added, "We respect that."

Meanwhile, Matt LeBlanc retorted, "Bull----!" because adding that he was only kidding and then was met with laughter.

The One Where Everyone Was Relieved They Didn't Date At All

The "Morning Show" actress, who dated and was married to Brad Pitt, then expressed her relief that she and Schwimmer never became more than friends.

She told Corden, "I remember saying one time to David, 'It's going to be such a bummer if the first time you and I kiss is on national television.' And sure enough, the first time we kissed was in that coffee shop."

Jen recalled, "We channeled all of our adoration and love for each other into Ross and Rachel."

Jennifer Aniston and David Schwimmer joined the rest of the original "Friends" cast members for the much-hyped show, "Friends: The Reunion."

Following the pair's latest revelation, they did a table read of their very first kiss scene, even interspersed with a clip from that specific episode.

The "Since You've Been Gone" actor even went on to say that during breaks in filming, he and Jennifer would "cuddle on the couch."

David continued, "And I'm thinking, how did not everyone know we were crushing on each other?"

However, the surprise wasn't ruined at all because both Matthew Perry and Courteney Cox reportedly knew. But along with them, and Matt LeBlanc and Lisa Kudrow, Courteney was thankful Jennifer and David didn't work out.

"How great though, ultimately, because if you had and it didn't work out," she å, "it probably wouldn't have been as great."

"Friends: The Reunion" is already out on HBO Max.