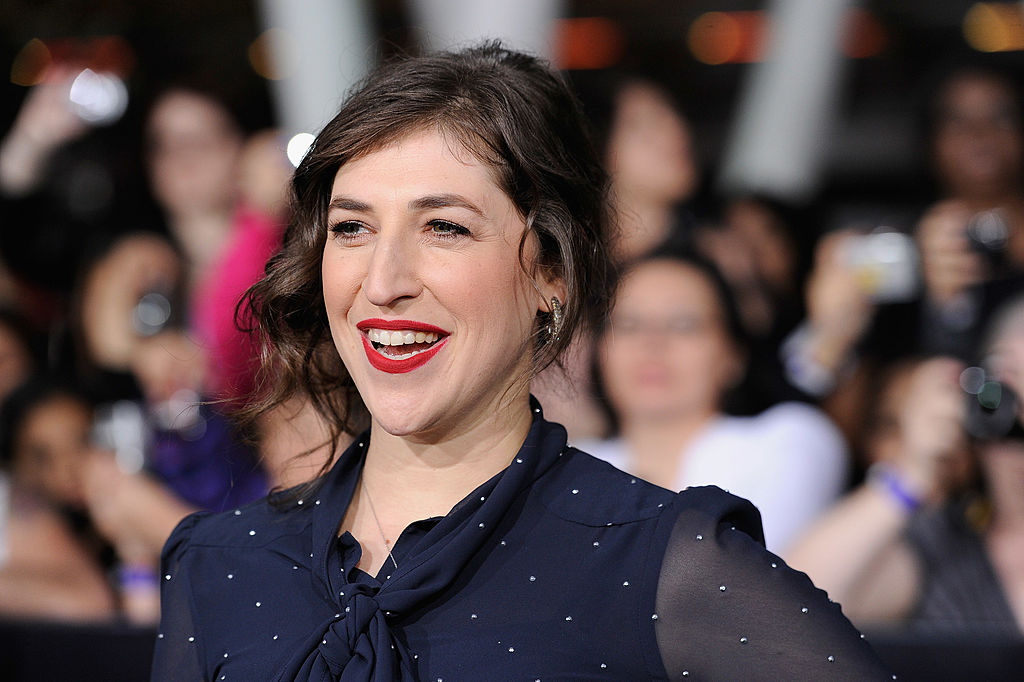 Mayim Bialik has just started her two-week stint as the latest guest host for "Jeopardy!"

Popularly known as Amy Farrah Fowler in the hit CBS show "The Big Bang Theory," the actress has already been getting many praises for her latest role after one episode aired.

Another person raved, "She's killing it!!! I'm enjoying her so much!"

But with only one episode so far, people on Twitter are already calling for her to be permanent.

Another wished, "Looking forward to the next two weeks. Hope you are in the running for the new permanent host!"

One Twitter user even explained why Mayim Bialik should be the next permanent host of "Jeopardy!"

"She should be the next full-time host! She has all the attributes- smart, funny and great personality."

While another Twitter user pleaded, "PLEASE make her the next full-time host!"

READ ALSO: Ellie Kemper Trends on Twitter For The Wrong Reasons: What to Know About Queen of 1999 Veiled Prophet Ball

On Monday, Mayim Bialik made her "Jeopardy!" debut after many celebrities honoured Alex Trebek's legacy on the beloved game show.

In the next two weeks, she will be standing at the podium and will enthusiastically test contestants' knowledge, something she also reportedly appreciates because of her neuroscientist self.

In an interview for the show, Mayim confessed she couldn't imagine not wanting to be part of "Jeopardy!" as it is an "iconic and unbelievable piece of collective culture."

She expressed her gratitude, saying, "To be considered to be a part of it, really in any way, is an immense honor, especially for someone who's dedicated so much of my life to academia, to knowing things and to being able to communicate things."

Who Will Become The Next 'Jeopardy!' Host?

Executive producer Mike Richards said previously that the next permanent host of "Jeopardy!" will be named in July or August.

And as he and the rest of the bosses of the hit game show are seeking out who the permanent host will be, they are also scrutinizing the show's viewership numbers and paying very close attention to social media.

Currently, Ken Jennings, who is also the most successful contestant of the show's history, has also proven that he's a guest host champion.

According to The Wrap, the top five with the highest ratings are #5 Bill Whitaker, #4 Katie Couric, #3 Aaron Rodgers, #2 Mike Richards, #1 Ken Jennings.