After stepping back as senior royals to move to the US, Prince Harry and Meghan Markle have multi-million-dollar deals with streaming giants Spotify and Netflix.

The couple revealed they wanted to become financially independent and get away from the shadow of the British royal family.

Since leaving, they could carve out careers for themselves that they got successful in bagging deals from major brands. With Netflix and Spotify, the Duke and Duchess of Sussex are expected to produce content that needs to become an instant hit.

But since the announcement of their deals, Prince Harry and Meghan Markle haven't released any output for either Spotify or Netflix.

More than a year after the deals were publicized, the Duke and Duchess only announced two major productions - Prince Harry's "Heart of Invictus" and Meghan Markle's "Pearl."

On Spotify, the pair only released one 34-minute podcast despite being with the platform for more than nine months.

In an interview with Express UK, a royal expert thinks that fans will get bored of their brand's "touchy-feely" content that is currently in the works.

"Heart of Invictus" will focus on the Invictus Games, which is a sports event for all the wounded and disabled soldiers who fought for the UK. The first Games took place in Sept. 2014.

Meanwhile, Pearl is reportedly a tale of fantasy and history combined and is described as a family series that centers on the adventure of a 12-year-old girl.

Hugo Vickers told the outlet, "I'm of the sort of generation that finds all this touchy-feely stuff rather unattractive, and I don't really understand it and I don't go for it either."

He added, "What have they got to say, will their message get any better as time goes on? Or will it just be more of the same? And people will get bored with them, won't they?" 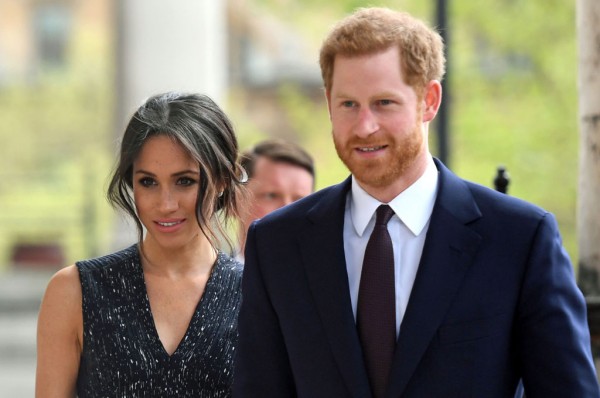 The royal expert also questions the kind of media brand Prince Harry and Meghan Markle are going for, following the latter's exit from the "Suits" TV show.

Vickers said that he thinks the former Hollywood actress wants "global recognition," but it's all thanks to her being a royal because if she was still in "Suits," nobody was talking about her.

"Everywhere I go people talk about her, which they wouldn't have done if she was just a star in Suits, but it's all because she's married to him."

Prince Harry was a member of one of the most famous families globally, and with his titles, it was easier to market. But not anymore.

The expert said, "He's just a guy in blue jeans with a backpack and a ginger beard and woolly hat sometimes."

Prince Harry is rumored to have decided to cut all ties with the royal family in the UK after arguing with brother Prince William.

Prince Charles has received a warning from Princess Diana's biographer.

Meghan Markle Heading The Same Path As Princess Diana? Author Pointed Out The Same Issues Between The Two [REPORT]

A royal author claims Meghan Markle may be heading the same path as Princess Diana as both of them experienced the same 'issues.'

Prince William Has MAJOR Regret On Feud With Prince Harry -- What Truly Led To Fallout?

Prince William revealed the major regret he has after he and Prince Harry began to fall apart.

Prince William was believed to "obviously had an influence in" why Prince Harry and Meghan Markle removed themselves from the Royal Family.

Prince William and Kate Middleton are expected to brace a painful day in the UK while Prince Harry remains in the US.

Queen Elizabeth II is said to be thinking over her relationship with Prince Harry and Meghan Markle.

Prince Harry and Meghan Markle was warned by a PR expert for their 'overly strategized' strategies with their projects.

Prince William recently made a big move for the Earthshot Prize Awards which suggests that he would reunite with Prince Harry soon.