Say It Aint So! Emma Corrin Goes From Princess Diana Straight Into A Murder Mystery! That Sounds About Right

Emma Corrin may be leaving The Crown, but she is entering a leading role in the limited series Retreat. This FX show is a murder mystery of which Corrin is the woman trying to figure out whodunnit. The show promises to join the ranks of other top rated modern murder mysteries such as Only Murders in the Building.

An article from Deadline describes the show as "a radical conceptualization of the whodunit with a new kind of detective at the helm - a gen Z amateur sleuth named Darby Hart (Corrin). Darby and 11 other guests are invited by a reclusive billionaire to participate in a Retreat at a remote and dazzling location. When one of the other guests is found dead, Darby must fight to prove it was murder against a tide of competing interests and before the killer takes another life." I think I just felt gen Zs across the world stop scrolling through TikTok to look up this show.

The Crown actress's rise to fame is well deserved. While her undeniable resemblance to Princess Diana cannot be denied (as photographed below), Corrin has wanted and worked for this life for so long, she cannot even remember it's inception. In an interview she told The Guardian, "I don't remember the decision to be an actor. It was just... a very stark interest." Well, we are so thrilled that that "stark interest" existed. 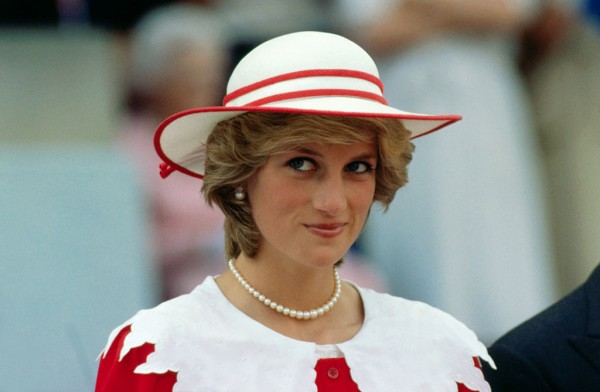 Brit Marling and Zal Batmanglij, the creators of OA will write and direct the show. The tentative release date for the project is still unknown. We cannot wait for royalty to grace the screen of the newest murder mystery FX has to offer.

Tags: emma corrin The Crown retreat Princess Diana fx tv shows TV News netflix
© 2022 EnStars.com All rights reserved. Do not reproduce without permission.
Most Popular
You May Also Like

Harry Styles ‘My Policeman’: Why Production Is Planning One Major Action For The Actor

Harry Styles has come a long way from his One Direction days. Now, he's one of the most sought-after actors in Hollywood.

Harry Styles will be joined by one of the most popular actresses right now for his upcoming movie.

Emma Corrin admits being hospitalized after doing an extremely difficult scene in "The Crown."

Emma Corrin takes a cue from Princess Diana's habit of bringing a sex toy in her bag.

Josh O' Connor as Prince Charles revealed how he got spooked when he saw Diana on-set.