The trailer for Apple TV+'s newest limited series, The Shrink Next Door, has officially been released, and we don't know whether to laugh or hide. The trailer strikes the perfect balance between silly and suspenseful, featuring Hollywood hard hitters including Will Ferrell, Paul Rudd, and Kathryn Hahn.

In the present day, the fascination and importance placed on mental health has clearly inspired the shows coming out. The Shrink Next Door fits neatly into that pocket. The trailer begins with the age-defying Paul Rudd as the psychiatrist Herschkopf asking Will Ferrell who plays Martin, "What brings you here?" Ferrell replies, "Phyllis made me come. My sister." Already we are setting up Phyllis, played by the incredible Kathryn Hahn, to be an at least somewhat pushy type. 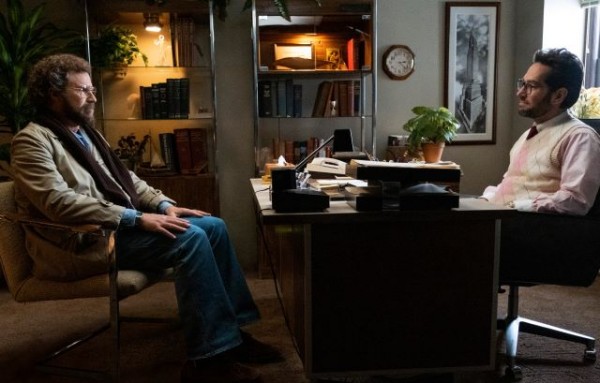 While Hahn's character is pushy, we quickly see that Ferrell's has always been a nervous wreck. While Martin is crumpled on the floor, Phyllis comes over to him and says "You're a grown man, hiding behind a wall of curtains." Cleary Martin is not the world's most confident man. Or the second. Or the...you know what? You get it. 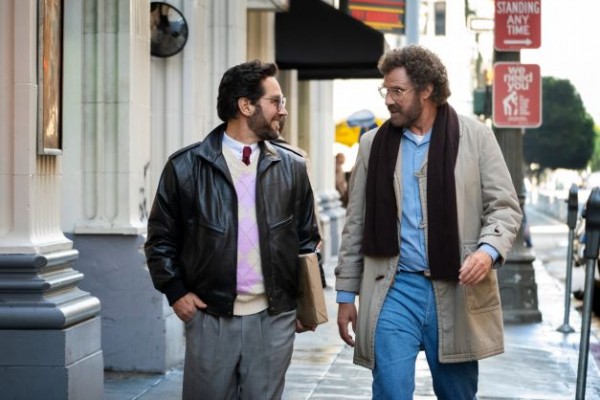 Also, this show seems intense. The eerily academic music playing in the background gives me the feeling that the other shoe is about to drop. I just have no idea where the shoe could be coming from. I absolutely love when comedic actors are tasked with dramatic roles. When you see a cast stacked with SNL alum Will Ferrell, character actor supreme Kathryn Hahn, and delightfully dim (when it comes to his traditional casting type, not the actor himself) Paul Rudd, you would naturally expect the show to be a comedy. However, from the first moments of this trailer, it is clear that that is not the case. The Shrink Next Door promises subversion on every level and I am ALL ABOUT IT!

Rudd, about 30 seconds in, says to Ferrell, "First thing I'm gonna do is completely unethical. I'm gonna give you a hug." This seems very fun and whimsical, right? NO. Suddenly, Rudd and Ferrell are best friends, constantly wrapped up inside of each others lives. There are no boundaries and when Hahn tries to call them out on it, Rudd tells Ferrell that he should cut his sister out of his life. Uh-oh. 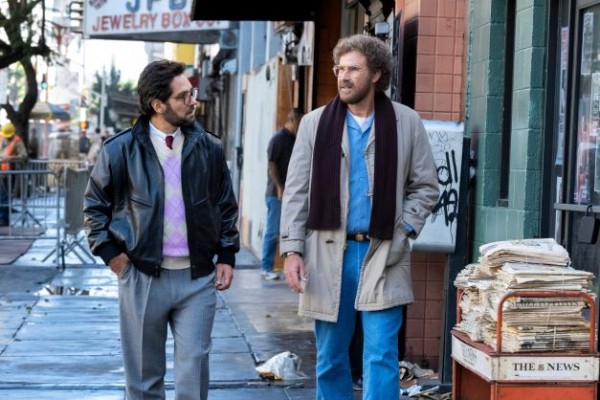 In the last moments of this trailer, there is so much destruction! This entire trailer feels like a high temperature pressure cooker. It goes from cute moments (yes, I said cute) between Rudd and Ferrell where they're splashing paint on each other, to fire, smashing basketball hoops, and pushing women in pools. This show is going to be a roller coaster. ALSO, this is all based on a true story. Don't you love comprehending on an intimate level the amount of insanity that exists within our real lives? Same.

The Shrink Next Door premieres on Apple TV on November 12th (only one month from today)! I'm in for this adventure, are you?

Tags: The Shrink Next Door apple tv paul rudd Will Ferrell Kathryn Hahn
© 2021 EnStars.com All rights reserved. Do not reproduce without permission.
Most Popular