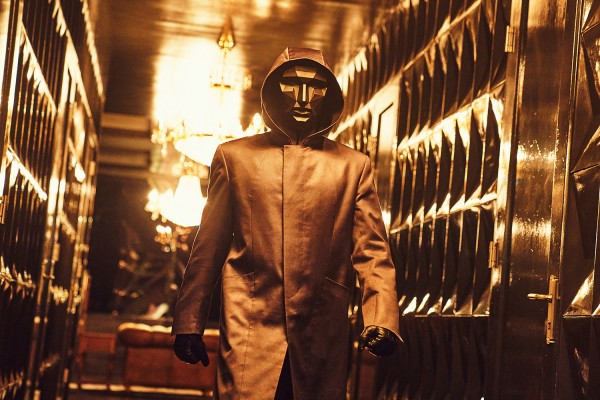 Here are my picks for the 10 best foreign language shows on Netflix.

The first show on the list is a dead given. "Squid Game" is a survival drama about a group of financially-strapped contestants competing in a Hunger Games-style tournament where they play children's games to win huge sums of money. Lee Jung-jae leads an ensemble cast as Song Gi-hun, a gambler and broke father who mooches off his aging and ailing mother. Highly emotional at times, "Squid Game" is a commentary on the wealth gap in South Korean society whose messages are strengthened by strong production design, powerful acting performances, shocking twists, and memorable characters. All these factors tie together for an engaging watch as you unfold more and more of the rules of the game's world.

From one "most watched foreign original series ever" to another, "Money Heist" is heist crime drama following two heists masterminded by Alvaro Morte's El Profesor on the Royal Mint of Spain and the Bank of Spain. Garnering much audience and critical praise, the Spanish sensation spoke to the frustration Europe felt towards capitalism after the financial crisis of 2007-2008, and was so popular that the "Money Heist" robbers' red jumpsuits and Salvador Dalí masks are now iconic.

"Dark" is a critically-acclaimed science fiction drama about four families' search for the truth after children start disappearing in the town of Winden. A complex thriller that unfolds across multiple time periods, "Dark" involves time travel after a wormhole is discovered in the cave system under a nuclear power plant. Initially compared to fellow Netflix hit, "Stranger Things," "Dark" takes on a darker tone - pun intended - and features an elaborately woven narrative that's sure to capture your attention.

Named many a reviewer's guilty pleasure watch, Spain's "Elite" is a teen mystery drama following three working-class students who are offered scholarships to Las Encinas, a fancy private school for the rich. Soon after the students enter the academy, a grisly murder occurs, and now everyone's suspect. Told in flash forwards, "Elite" is notable for being a teen drama unafraid to take on complex, controversial issues, such as how to navigate consent, Islamophobia, abortion, and HIV.

By now "the most watched non-English series on Netflix" might seem like a meaningless distinction. However, "Lupin," a mystery thriller series, earned this achievement in January 2021. In "Lupin," a man named Assane Diop, played by Omar Sy, seeks revenge on the Pellegrini family for framing his father and causing his father's suicide. The only son of Senegalese immigrants, Diop becomes inspired by the gentleman thief, "Arsène Lupin," a fictional character created in the early 18th century by Maurice Leblanc, and uses a combination of charisma, subterfuge, and thievery to get his way.

When "Itaewon Class" was first released in the beginning of 2020, it felt like my entire social circle was asking me to watch it. A story of revenge and perseverance, "Itaewon Class" centers around Park Seo-joon's Park Sae-ro-yi and his burning desire to seek revenge on the food conglomerate family that ruined his life and are responsible for his beloved father's death. Snagging a spot as the eighth highest rated drama in Korean cable history, "Itaewon Class" features savvy storytelling, lovable characters, and satisfying comeuppance moments...Well, at least until it comes to the K-drama's ending, but that may be just my opinion.

The first Spanish original series by Netflix, "Cable Girls" is a five-season period drama about four women who begin working at a modern telecommunications company in 1928 Spain. While each woman enters the company with disparate reasons, the show follows their close friendship and how working at the telecommunications company, which affords them decent pay, and thus some independence, changes their lives. "Cable Girls" is notable for tackling the difficulties women faced in male-dominated 1920's Spanish society.

"Bordertown" is the critically-acclaimed Nordic noir series about Ville Virtane's Kari Sorjonen, a high-functioning, Sherlock Holmes-style detective on the autistic spectrum, who moves with his family to a town on the border of Finland and Russia in hopes of a quieter life. Unfortunately, a string of graphic murders start appearing in the town he moves to, and Sorjonen is drawn into the dark world of the small town of Lappeenranta. Bordertown has earned commendation for being a departure from the glossy TV we've grown accustomed to. For a gritty crime drama, give "Bordertown" a try.

When the head of talent agency ASK passes away, four of the agents band together to continue running the company in "Call My Agent!," a French dramedy about the behind the scenes world of talent agents. As the agents at the center of the story juggle their personal and professional lives, viewers enjoy a satirization of French culture and get an inside look at the decidedly not glamorous job of getting actors cast in movies. Much loved by many, "Call My Agent!" has spawned numerous remakes, including in Turkey, South Korea, India, and the UK.

Adapted from the web comic series "The Kingdom of the Gods," "Kingdom" is a South Korean horror series about Ju Ji-hoon's Crown Prince Lee Chang's investigation into his father's mysterious illness and a dangerous plague turning his people into zombies during a fictionalized version of the Joseon dynasty. Written and directed by Kim Eun-hee, who also wrote the original comic, "Kingdom" is a fascinating blend of genres and fresh take on the zombie trope with its unique setting and political machination and sociopolitical themes. "Kingdom" ran for two seasons and one special feature-length episode called "Kingdom: Ashin of the North," focusing on Jun Ji-hyun's Ashin.

With these shows, it's clear that Netflix has a wealth of foreign-language content for viewers to enjoy. And, now that American audiences are growing more and more comfortable with watching subtitled media, a whole world of fascinating storytelling has been opened.

For more entertainment news and commentary, check out Enstarz! Join us as we talk about the celebrities, TV, and films you care about.

Just as her lead had been passed by the score shattering Squid Game, Rhimes has a new show coming out, Inventing Anna, starring Ozark's Julia Garner.

Its On! 'Squid Game' Creator Hints That The Brothers May Engage In Bloody Battle In Season 2

Hwang Dong-Hyuk, Creator Of Squid Game, Talk About What He MIght Have In Store For Season 2.

'Some Play The Game, Others Change It:' Trailer Review For Kaepernick's 'Colin In Black And White'

The dramatic limited series, created for Netflix by Kaepernick himself, alongside filmmaker Ava DuVernay, will follow a young Kaepernick as he learns to navigate the world as a Black adopted child of white parents.