'Some Play The Game, Others Change It:' Trailer Review For Kaepernick's 'Colin In Black And White'

"Why do I always have to be the one to prove them wrong?"

This is a question that has doubtlessly been asked by thousands upon thousands of marginalized individuals over time, and recently it was asked again, in the trailer for an exciting new Netflix show about the early life of social justice activist and former football quarterback, Colin Kaepernick.

The dramatic limited series, created by Kaepernick himself, alongside filmmaker Ava DuVernay, is called Colin in Black and White. It will follow a young Kaepernick, played by actor Jaden Michael, as he learns to navigate the world as a Black adopted child of white parents. The story will be narrated by Kapernick himself; beginning October 29, he will take viewers through his teenage years as he shows exactly how he ended up in the very unique position he is in today. 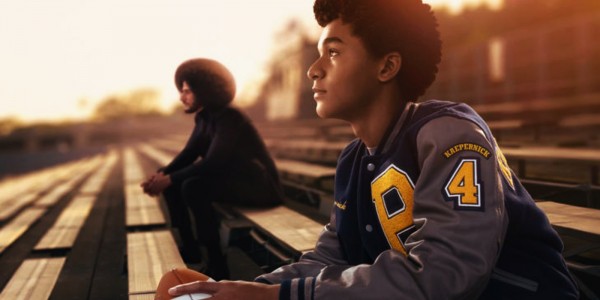 A little refresher on the backstory, before we begin:

In 2016, a reporter snapped the photo that started it all; a picture of Colin Kaepernick sitting during the national anthem. As national debate around whether this constituted gross disrespect began to heat up, the then-quarterback said this in an NFL interview:

"I am not going to stand up to show pride in a flag for a country that oppresses Black people and people of color...this is bigger than football...there are bodies in the street and people getting paid leave and getting away with murder."

As he began to align himself with the Black Lives Matter movement, racially-charged smear campaigns and boycotts began to form surrounding him and his team. These tensions only rose when he knelt for the next game's national anthem, and then-President Barack Obama, as well as other major figures, took note.

That year was Kaepernick's last year in the game. He is now a free agent, but it is fairly obvious that he is being blackballed by NFL team owners.

Colin In Black And White is a different type of coming-of-age story: It's a twist on the familiar. We are used to seeing sports heroes face adversity and tough times and come out at the top of their game; that's the underdog story we're familiar with. Colin's problems, however, were not solved as the wisdom and experience of age set in, and as a result he is no longer playing football. They were never his problems to solve in the first place - but the twist in the story came when he started trying to tackle them anyway. 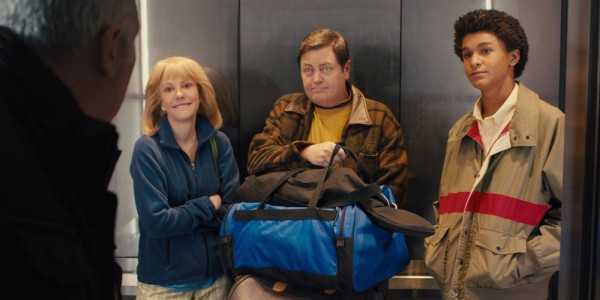 If this were a normal coming of age story, it would never need to be told - we know it already. What makes Colin In Black And White fascinating is that it was almost demanded by the ongoing public argument over one man's decision: This whole story is necessary to give that context.

The goal of the series seems to be to show those still wondering at Kaepernick's behavior where he's coming from by putting them in his shoes. The trailer shows several scenes in which Young Colin experiences racial prejudice, from microaggressions - like when a man holding an elevator door for his parents is concerned for them when he walks on too - to outright racism - like when his football coach tells him "you've got a ton of natural talent...but Johnson - he's the prototype we're looking for." (There's also a sprinkle of confederate flag imagery that drives home exactly what kind of prototype that is.)

One particular microaggression that stood out were comments about Colin's hair; at one point, you hear an adult man say, "He's got something crawling out of the back of his hat. Not acceptable," over a shot of the teen with shoulder-length braids under his hat. The focus on his hair is evident throughout the trailer, as he is shown getting several different hair styles. This is juxtaposed against the narrator - Current Colin, if you will - shown with an unapologetically large afro cut.

The best and most central moment of the trailer comes when Current Colin says about his younger self, "I couldn't rebel because I didn't know how. But now?" before cutting to the famous image of him kneeling for the national anthem.

The trailer promises a series that will recontextualize not only Kaepernick's lengthy protest and exit from the NFL, but the racial tension in America today itself. Reminding viewers as they watch that this story is not over, that Young Colin had his childhood dreams dashed once he achieved them by the same problems that plagued him back then, may drive home the point to those who have missed it thus far: This is still happening, and it's happening right before our eyes.

Colin In Black And White premieres on Netflix October 29.

A limited series is a show that begins knowing when it will end. It has a certain number of episodes and is not vying for the network to carry their show on for years and years to come.

LeBron James has never been afraid to speak out against someone, especially when it comes to issues of racism and racial injustice.

No Super Bowl for Rihanna: Superstar Rejects SB 53 For This

Cardi B will only agree to perform for the Super Bowl halftime show under one condition. Let's just say she's standing up for Colin Kaepernick on this one.

Sean "P. Diddy" Combs broke his silence after a sports reporter laughed at him for wanting to purchase the Carolina Panthers. He responded by reminding fans what he's already accomplished.

Diddy Wants To Be New Owner Of The Carolina Panthers

Check out Enstars' Top 22 news stories for 2016 and relive the wild ride.