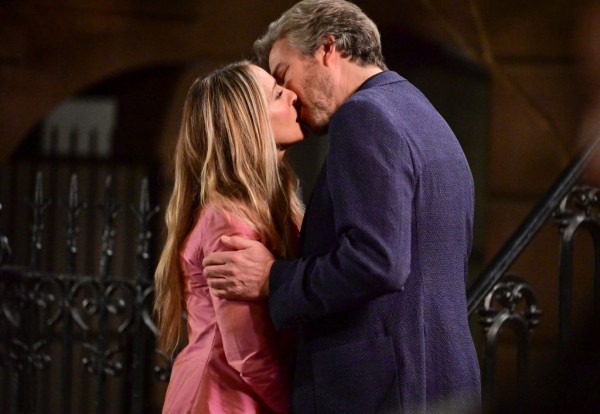 New pictures from the upcoming show And Just Like That... show the ever iconic Sarah Jessica Parker getting close, like very close,with Jon Tenney. These photos are leaving us all asking the BIG question: WHERE IS MR. BIG? Was the happily ever after of Sex and the City not all it was cracked up to be? Obviously fans everywhere have some BIG predictions for this new series, but will this throw a BIG wrench in them? (Okay, I'll stop.) 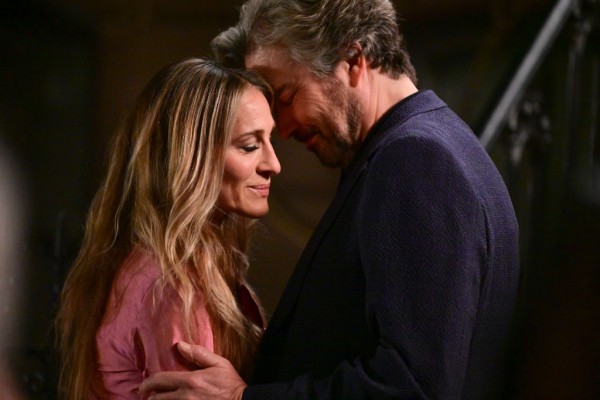 I mean, maybe we are misreading these pictures. Perhaps Jon Tenney's character is just one of those people that has to look lovingly into a person's eyes, stare at their mouth, and practically touch noses in order to hear them. I mean, the city is just so loud. 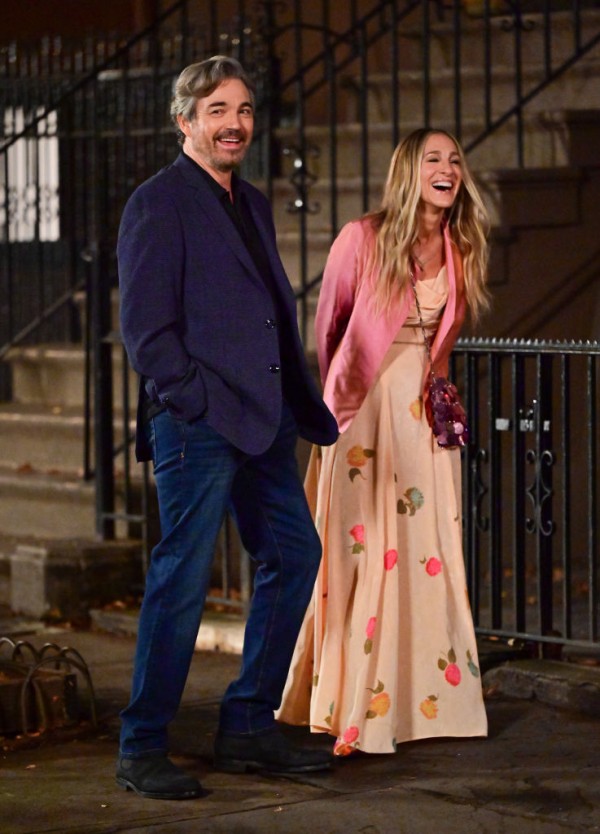 Chirs Noth is confirmed to be on the new show which weirdly inspires even MORE questions about these new pictures. If Mr. Big is around and Carrie is nose to nose with a well-dressed man outside of her New York City brownstone, I think it's reasonable to assume that all is not well in paradise. It's not a BIG leap to get there. (I couldn't help it). 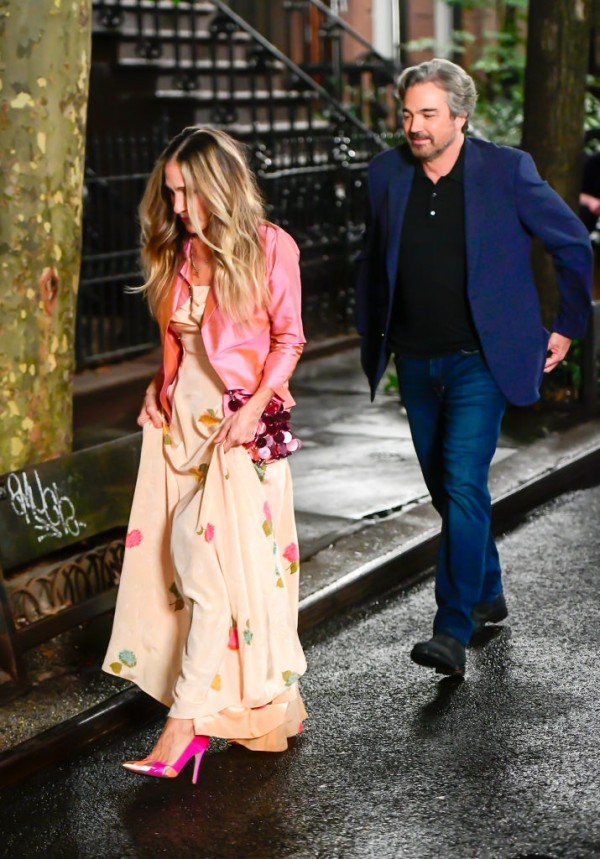 Furthermore, according to People Magazine, SJP and Chris Noth were recently spotted filming for the highly anticipated show in Paris. You don't go to Paris with an enemy (Right? I mean...I guess unless it's a spy movie...or a heist movie...or a-okay, I get it, sometimes enemies go to Paris). Paris is, however, a world away from the fast-paced world of the New York pavement. Maybe the distance is something that should have set off some relationship red flags sooner. (I mean, no it shouldn't, they were filming in PAIRS!) 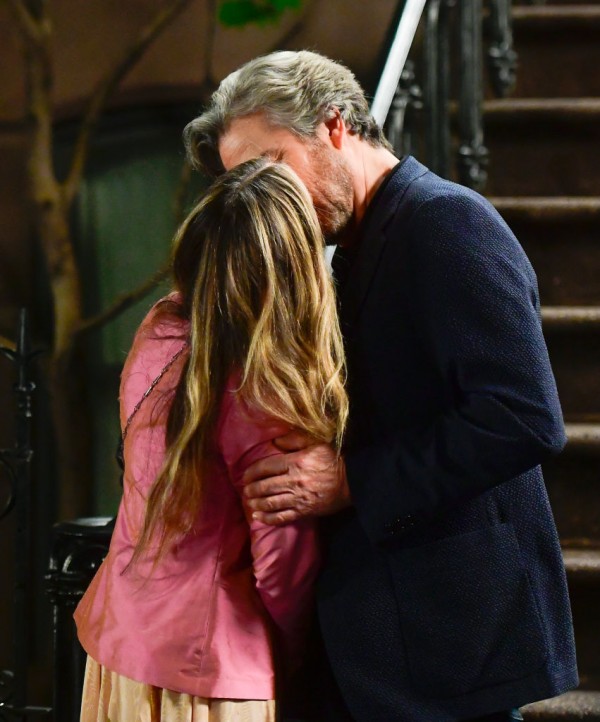 Nothing more is known about Jon Tenney's role in the show. We don't even know his character's name, but I think it's safe to assume he's going to play a BIG part in it all. (Last one, I promise). And Just Like That... is set to start streaming on HBO Max this coming December.

Tags: Jon Tenney Chris Noth Sarah Jessica Parker Sex And The City And Just Like That...
© 2022 EnStars.com All rights reserved. Do not reproduce without permission.
Most Popular