CARDI B AND PENN BADGELY ARE FLIRTING ON TWITTER.

Now that I have your attention. 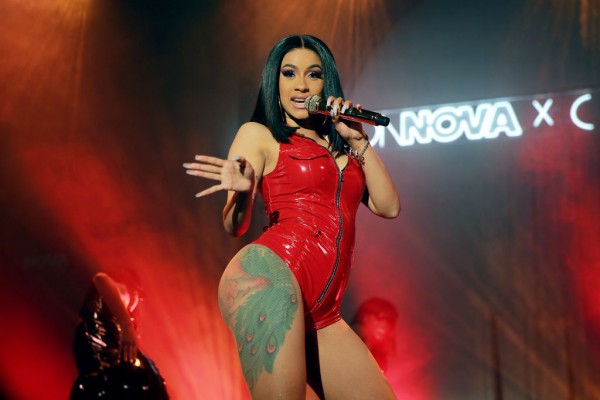 Music icon Cardi B. and the star of You, Penn Badgely have been going back and forth on Twitter for the past few days...and it's starting to heat up. Back on October 17th (ages ago, I know) a video was posted on Twitter in which the You star discusses how terrible he is at social media (which is WILDLY ironic seeing as the show that jump started his career was Gossip Girl). In the video from 2019, Badgley, while discussing those that are authentic on social media, remarked, "Cardi B is a great example of that. She has such an authentic relationship, you know?...Despite what many might judge as antics and all this, I mean, I feel like she has an incredibly authentic relationship...to that, and that's why people like her so much."

NOW, HERE IS WHERE IT STARTS GETTING INTERESTING.

Cardi B, a MEGA-STAR, retweets this video with the caption, "OOOOMMFFFGGGGGG HE KNOWS ME!!!" interrupted by several shocked face emojis, "OMMMGGGG!!!!!! Yoooo like I'm famous famous." Maybe Cardi B is just a massive fan of You. Maybe it's something more. Also, why this video now?

This Tweet from Cardi left Badgley speechless. The actor just retweeted "I-" (Hey! That's the wrong pronoun, Joe!...because his show is You?) This "I-" tweet has been since taken down, but Cardi replied to Badgley with a video of a child looking into the camera saying, "Is that me?" Hey, we are just as happily surprised as he is.

The two SWITCHED their Twitter profile pictures. So @PennBadgely now has Cardi B's picture in the profile circle and vice versa. If this isn't the digital age version of INCREDIBLY APPARENT FLIRTING, I don't know what is.

Furthermore, Badgley's followers have remarked on the unusual activity on the actor's page. The video that started it all was the You star explaining how terrible he is at social media. He is never active on it. Yet, in the span of this week, he has been more active than ever. Why such special attention now? Hm? 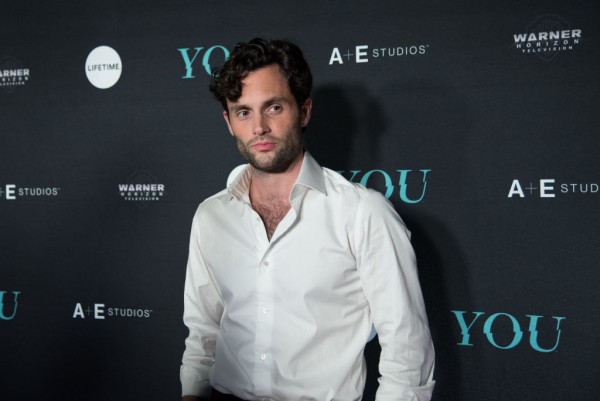 Card B and Penn Badgely's accounts are no longer the only ones involved in this fascinating back and forth. The OFFICIAL NETFLIX ACCOUNT changed it's bio to (are you ready for this? Are you sitting down? Go sit down. I'll wait.), "Petition to get Cardi B to guest star in Season 4 of You!"

Not only does this cement that something just HAS to be going on between the two stars, but it also just proposed an episode of You I'd really love to see. As if that wasn't enough, Cardi B's response really drove the moment home.

"So it's episode 1 and I'm at Paris Fashion week shutting it down! I turn around and there stands YOU. Ok finish it off @netflix"

So it’s episode 1 and I’m at Paris Fashion week shutting it down! I turn around and there stands YOU

Ok finish it off @netflix 😌 pic.twitter.com/Y0TEKwlPbQ

She's clearly a fan of his. He's clearly a fan of her's. What could be better? Cardi B ended the Tweet by saying, "Ok finish it off," but whether it marks an end to this incredible exchange or it set a new bar they will continue to rise above, we will only know in time. I'll be keeping my eyes out!

Tags: Penn Badgley Cardi B Twitter you netflix TV Series tv shows netflix
© 2021 EnStars.com All rights reserved. Do not reproduce without permission.
Most Popular
You May Also Like

YOU Season 3 Trailer is Here (VIDEO)

The season three of the skin-crawling stalker show You is coming to Netflix on October 15th. The trailer for the season that's less than a month away has officially come out today!

'You' Season 3: Joe's (Mis)Adventure and Murders Continue in Netflix With New Season

Netflix officially announced that the stalker drama series "You" will have its third installation by the year 2021.

Penn Badgley and Zoe Kravitz have broken up after two years together, according to a report. The two shared an apartment in New York.

Penn Badgley, best known for his role as a hip young New Yorker on television series "Gossip Girl," is now claiming a place in the spotlight by headlining a feature film for the first time and showing off his previously hidden singing talents.

The premiere episode of the sixth and final season of "Gossip Girl" will air on Monday, Sept. 8. Fashionistas can't wait to see this season's trendsetting fashion and never ending drama that plagues the well-heeled college-aged characters on the hit CW show. "Gossip Girl" resident blogger, voiced by actress Kristen Bell, reminded fans of finale with the quote, "I have a feeling this fall could be my last season...the best is yet to come." Luckily for "Gossip Girls" fans, E! News was given a preview of the season 6 premiere episode titled "Gone Maybe Gone." The network leaked a few spoilers starring the stylish upper crust Upper East Siders.