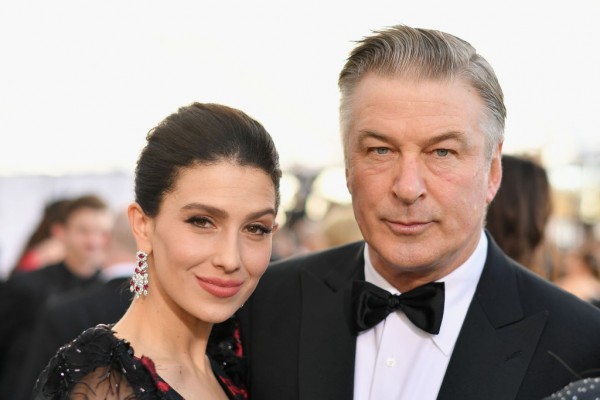 In an Instagram post last night, Hilaria Baldwin, a yoga instructor and entrepreneur, publicly expressed support for Halyna Hutchins and her family after the cinematographer was tragically killed on the set of "Rust" last week.

Hilaria is the wife of Alec Baldwin, the star and producer of "Rust," who fired a prop gun after being told that the weapon didn't contain live rounds. In the post, Hiliaria wrote that her "heart is with Halyna," expressing how heartbroken she feels for Hutchins' husband, son, family, and Hilaria's husband, Alec.

On the New Mexico set of "Rust" on October 21st, Alec Baldwin discharged a prop gun after it was handed to him by the 1st AD, who declared it a "cold gun." However, the gun contained live rounds, which killed Hutchins and injured director Joel Souza. In the days following the incident, an outpouring of support and grief for Hutchins arose, as well as questions about the use of real guns and gun safety on set. Discussions about similar incidents of accidental fatal shootings on set also resurfaced, such as the passing of Brandon Lee, martial arts legend Bruce Lee's son, on the set of "The Crow."

As Hollywood collectively mourns the needless passing of a talented cinematographer taken too soon, we hope that the incident encourages discussions to halt the use of real guns on set so similar tragedies will no longer occur. Our hearts also go out to Hutchins, her family, and the cast and crew of "Rust."

For more entertainment news and commentary, follow Enstarz. We bring you the latest regarding your favorite celebrities, TV shows, and films.

Tags: hilaria baldwin Alec Baldwin Halyna Hutchins rust
© 2022 EnStars.com All rights reserved. Do not reproduce without permission.
Most Popular
You May Also Like

Is Alec Baldwin divorcing Hilaria Baldwin due to their worsening troubled marriage?

Speculations believe that Alec Baldwin and his wife Hilaria are going through a challenging path in their relationship as they juggle their career and family while facing lawsuits filed against them.

Alec Baldwin received heartwarming support from a stranger amid the criticisms he has been suffering from following the "Rust" shooting incident.

Hilaria Baldwin recently revealed that her husband Alec Baldwin did a shocking thing to her while she was giving birth to their son Raphael.

Alec Baldwin has been suffering from PTSD, but he reportedly got the mental health issue for a very long time already.

Alec Baldwin's recent controversies are reportedly the reason why he and wife Hilaria Baldwin is on the brink of falling out; could this be true?

Alec Baldwin and Hilaria Baldwin recently posed with their six children in an Instagram photo that appeared to be a nice and beautiful Halloween photo.

Alec Baldwin's wife, according to reports, is concerned about his mental health.

Hilaria Baldwin's Podcast Canceled: Did the Alec Baldwin Shooting Incident Play A Part In Its Decision?

Alec Baldwin's wife has lost her job following the accidental shooting, which resulted in one person dying.