Enough Already! Why Does Every Sitcom From 'The Office' To 'New Girl' Have A Quirky Wedding Episode? Please Stop! It's Exhausting

I am a MASSIVE sit-com fan. If someone told me I could either watch my favorite sit-coms forever or watch new content, I would choose old sit-coms every time. They are levity. They are comfort food. They are the Kraft Mac and Cheese of media: literally, what would I be without them?

I enjoy the regularity of sit-coms → mostly because there is a structure. Most play with tropes in a way that are so recurrent you could almost call them scientific. At times its creates a brilliantly wonderful funny world that we all get the opportunity to live in. However, there is one sit-com trope I absolutely cannot stand. That trope is: THE QUIRKY WEDDING. 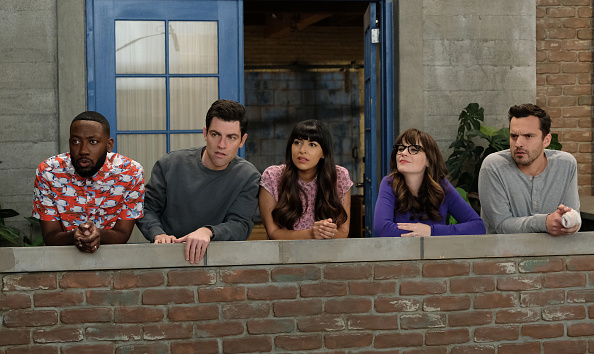 WHY? JUST WHY? Dear showrunners, you're going to take years of my life. You let me fall in love with these characters, make me ship them more than I ship people in real life, drag me through the emotional ups and downs of their relationship, permit me to watch them get engaged, and then you're going to F*** UP THEIR WEDDING?!

But Carly, we don't mess up the wedding! We're going to do something original where, once the ceremony they were planning for forever gets messed up, they're going to have a quirky wedding in the space they go to the most in the show. UGH.

I am EXHAUSTED by this trope. I think it's because sit-com characters are by and large incredibly likeable, kind people. They deserve better! Also, after the five millionth time I see this trope play out, I just want to yell at the characters: HAVEN'T WE SEEN THIS BEFORE? DON'T GET ON A PLANE RIGHT BEFORE THE WEDDING! PLAN BETTER! As you can tell, I have a normal amount of feelings on this topic. 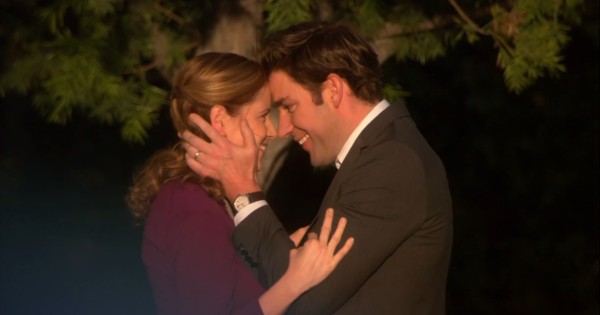 It really does happen in just about every sit-com, and I am over it. Here are eight shows I absolutely love that had quirky wedding episodes which just make us ask why?

Quick question: if you were getting married that afternoon, would you get on an airplane that morning to go somewhere that the wedding was not? This is not a runaway situation. I'm saying, with full intention to be back for your wedding, would you get on a plane in the morning? No. OBVIOUSLY no! Of course, on the day of Schmidt and Cece's wedding, he boards a plane to try to bring her mother back for the wedding that evening. (Which is super sweet, but, sir, your fiance needs you there.) New Girl is my favorite show of all time, but that does not absolve them of the guilt they should feel of showing me a SEASON of ELABORATE AND STRESSFUL WEDDING PLANNING, just to have a QUIRKY WEDDING IN THEIR APARTMENT. (I mean, it was beautiful and magical of course. I rant out of love.)

2. Parks and Recreation - Ben and Leslie

Without failure or exception, Ben and Leslie are one of the most iconic TV couples of all time. They are couple goals for intelligent, career oriented, overthinkers. When they decide to have a spontaneous wedding at their major gala celebration, *chef's kiss* BEAUTIFUL. You're telling me, writers of Parks and Recreation, that you HAD to have Jeremy Jam come in and throw a stink bomb!? Shouldn't he have been thrown out of the gala already. Ben and Leslie deserved better than this, and you know it. I know you're trying to keep it interesting, but goodness gracious, at what cost! Then, naturally, they have an incredibly sweet and magical wedding at the office. HOWEVER REMEMBER HOW LESLIE WANTED TO HAVE THE WHOLE TOWN THERE...sorry I'm yelling...you get my point.

Jim and Pam from The Office are the go to couple when one is describing an iconic, written in the stars relationship. They are the tagline of every unoriginal Tinder bio. However, these two paper-selling love birds also fall victim to the quirky wedding curse. After Pam's veil rips and Jim cuts his tie, the two LEAVE THEIR OWN WEDDING for a SECOND WEDDING ON A BOAT? THAT JIM HAD PRIVATELY PLANNED??? Honestly, it's adorable and wonderful, but seriously? We couldn't just give them the normal wedding they so obviously deserved? (Don't get me wrong, it was magically, but just ONCE can someone make it down the pre-planned aisle?)

Of course there would be a bomb threat at their wedding. There didn't have to be. I'm just saying of course the writers would do that to us! Hadn't Jake and Amy from Brooklyn-Nine-Nine been through enough? Jake was stuck in witness protection for months on end. Who even thinks of this stuff? Can't you just imagine the writer's room: "Hm...their wedding is going to go too smoothly...how do we fix this? BOMB THREAT! AND THEN, original idea, A QUIRKY WEDDING AT THE PRECINCT". *sigh* Like, I'm not saying this moment isn't cute, but I'm just asking for a normal wedding. Please?

Here's the thing: Phoebe's character on Friends makes this turn of events a little bit more acceptable, but I still feel like she and Mike should have been able to make it through a normal ceremony. With all of the chaos of wedding planning, they two get thrown off by...snow? Like, I recognize it's a blizzard. Weather happens. HOWEVER, they planned their wedding for February. They didn't even consider the possibility of snow. I mean, the wedding they have outside in the show is OBVIOUSLY lovely, but I just think the way we got there was so basic. Like, you're really telling me Monica didn't have a plan?

6. How I Met Your Mother - Marshall and Lily

Naturally on How I Met Your Mother, a show that took nine seasons to tell one story, we could not expect the wedding episode of a couple that fell in love with each other on their FIRST DAY OF COLLEGE to go smoothly. You'd think the writers might have given Lily and Marshall a wedding day break considering the literal, heartbreaking break they had the characters take for a few months. (Say that sentence five times fast). Instead, of course, the wedding gets chaotic and so they have a private ceremony outside with just a few other people. Shocking. No one could have predicted this.

Is Gossip Girl a sit-com? No. I would categorize it under 21st-Centrury-Teen-Drama-Classic; however, their involvement in this trope forces my hand in adding them to this list. Lily and Rufus were star crossed lovers for years. Alas, their endless amount of questioning, drama, and refusal to give up their own world (wow this show is incredible, I love it so much), causes the detriment of their well planned outdoor wedding. Instead they find themselves, you guessed it, getting married in Rufus's Brooklyn loft. (Granted, I think the real red flag in that marriage was that, throughout all of it, Rufus still HAD a loft.)

Nick and Jess. The best couple. From the best show. The piece de resistance of this argument. Did this show seriously take the most magnetic pair in the kingdom of sit-com coupledom and wreak HAVOC on their wedding day?! In WHAT WORLD would Jessica Day get high on her wedding day? In WHAT WORLD would Nick's publicist tell him he's not publishing his new book ON HIS WEDDING DAY! In WHAT WORLD...okay...Winston and Aly having a baby is really sweet. And the hospital wedding ends up being cute and beautiful...but COME ON! Nick and Jess deserved their day!

Those are just eight of the many, many, many shows that make the unique decision to have their well loved characters get married in a quirky second location. I get it. I do. To a point. Writers, though: can we please just get one sit-com couple down the aisle? I'd really appreciate it.

Tags: new girl parks and recreation the office How I Met Your Mother friends brooklyn nine-nine gossip girl Sit Coms
© 2022 EnStars.com All rights reserved. Do not reproduce without permission.
Most Popular
You May Also Like

From 'Living Single' to 'New Girl': Why The Apartment Comedy is Everyone's Forever Obsession!

Everyone is a nosy neighbor.

Who said the honeymoon phase was over?

From Andy Cohen to Kanye West: 8 Of the BEST News Bloopers of ALL TIME!

The Manic Quirky Funny Girl succeeds where the Manic Pixie Dream Girl fails. The awkward off-beat standard of a MPDG is humorized instead of sexualized, giving quirky women strong on screen representation through a lens that is not defined by their relationships with men.

IS IT REALLY A SPOILER ALERT? Major 'And Just Like That' Staring Sarah Jessica Parker Confronts the Changing Attitude Around Spoiler-Culture! (No Spoilers In Article!)

One day after these first episodes aired, a MAJOR spoiler about the episode was EVERYWHERE, but the question is: do we even care?

Get Out of Here 'A Charlie Brown Thanksgiving'! Our Guest List is Set From Jason Sudeikis to Awkwafina: 8 Sitcom Characters You NEED to Have at Your Perfect Friendsgiving!!

We have quite a few sit-com characters we know we would love to have sit down to a friendsgiving meal with us. Here are just a few of them!

If you are looking for the sitcom you are going to watch right now, don't worry! Harry Potter is here to help. Here is what sitcom you should watch now based on your Hogwarts House.