Books are sexy. Or they're stabby. There's really no in between. It's a scene we have seen one hundred times. A man and a woman meet each other in a bookstore. It's awkward in a cute way. They're both unique- not people you would meet outside the walls of intellectuality. They are characters that would never have been drawn together outside of their love of literature. From this point either they will fall in love...or he's going to F***ING MURDER HER. 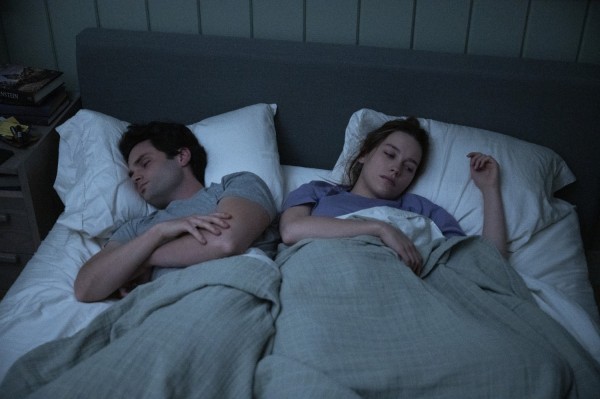 This dichotomy is plainly represented through the current season of the HBO show Love Life and the stalking-murdering Netflix sensation, You. While vastly different in almost every way, the shows find common ground in their male lead's love of literature. Marcus, who is played by William Jackson Harper, and Joe, who is played by Penn Badgley, both work with books. Marcus is an editor. Joe used to work in a bookstore and refurbishes old book covers. Both feel like outsiders. Marcus is criticized by friends and family for being, originally, married to a white woman. Joe has been bullied his entire life. He was given up by his mom. He has, or had, no one. Both turn to comfort in books. Both meet the object of their affections, or at least an object of their affections, at a bookstore. 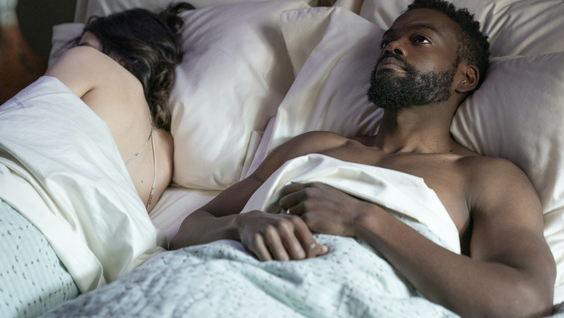 Honestly, the similarities are uncanny. At this rate maybe Marcus will start killing people. Who knows?

However, here is where their paths differentiate. (Aw, man!)

In episode 4 of Love Life, Marcus meets Ola Adebayo, played by the incredible Ego Nwodim, in a bookstore. She is a writer. They start up a passionate relationship that burns brightly and fizzles quickly. Joe in You meets his original...crush? object of affections? victim?...in the bookstore in which he works. He becomes obsessed with her, goes to every possible length to protect her. This protection involves killing her friends, violating her privacy, and, eventually, trapping her in his book cage and eventually murdering her. We love books!

These are really the only two ways that shows and movies about people who love books go. But why? Why does a character's infatuation with books mean that they must live on either end of the emotional spectrum? 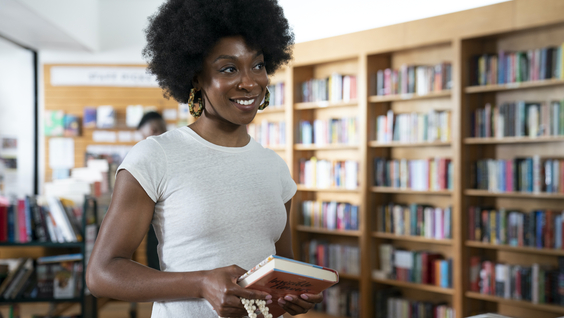 For starters, people who read are scientifically more empathetic. In an abstract for a study titled How Does Fiction Reading Influence Empathy? An Experimental Investigation on the Role of Emotional Transportation, it was stated that:

While Joe is psychotic, his actions indisputably stem from a misguided place of empathy. His goal with the women he fixates on is not to hurt them. It is to protect them. He strives to see where they are coming from, find out what the problems are in their lives, and sets about rectifying those problems.

Empathy is closely associated with sensitivity. In a research article titled Sensitivity to Emotions and Behavioral Empathy in the Initial Counseling Interview by Eugene C. Jackson states, "Sensitivity to emotions is viewed as a subcomponent of empathy, being defined as a perceptual ability to detect and decode the emotional communication of another person." Sensitivity suggests that a person feels deeply and can understand you in a way that others may not be able to.

For better or for worse, Marcus is an incredibly sensitive person. He demonstrates that time and time again not only in his ability to connect with others, but in his strained interpersonal relationships. In the fifth episode of the series, when Marcus's mother, played by Janet Hubert, suggests Marcus and his father, played by John Earl Jelks, go to a poetry event together, Marcus is less than enthused. Marcus turns to his sister Ida, played by Punkie Johnson, to express his frustration about the event. Punkie remarks, "Just open up to him if you want to get closer." Marcus replies, "Well, I don't want to get closer to him. I want him to want to get closer to me." Highly sensitive people have an awareness that they are highly sensitive. It is difficult to open yourself up to love and possible rejection. When two people seem to be more closed than most, it is likely because they are the two most sensitive people in the room. Sensitivity is an inherently romantic quality, because when a highly sensitive person chooses someone to love, they don't let go. It's what Marcus does with Mia, and it is what Joe does with...well...You. They find the one and they stick with them. 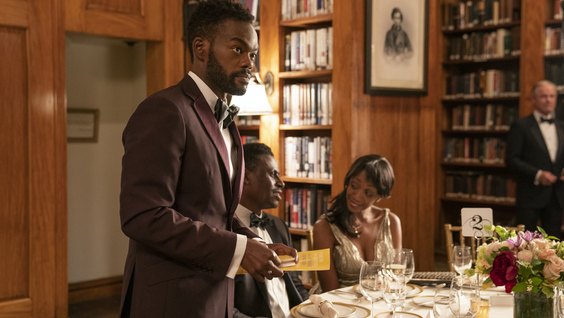 This is another inherent emotional quality that is present in readers: they romanticize people. Books validate the ideology that there is a "the one" (something that Joe brings up constantly in You). In Love Life, no matter how hard Marcus tries, he can't shake the idea that he and Mia are meant to be together. It is the romance of books that brings us here, words that attack and tear open the soul, and leave sensitive bookworms believing that, if they keep their eyes out, they will find that one person that can be their everything. By creating idols out of the objects of their affections, both characters are left with only extreme, other worldly courses of action. The strongest feelings, the most closely associated feelings, are love and hate.

That is why, the second you see a bookstore in a movie, you know you are either going to watch an epic love or a devastating, passionate murder. That's ALSO why you should definitely check out this current season of Love Life on HBO! Episodes 4, 5, and 6 were released today!

Tags: you love life Penn Badgley William Harper Jackson
© 2022 EnStars.com All rights reserved. Do not reproduce without permission.
Most Popular
You May Also Like