Today Scarlett O'Hara releases the first part of their mini documentary series and gives fans a look behind the camera from their "Friction" music video shoot. Episode one features never-before-seen footage to give fans a glimpse into the band's lives during the making of the video. From assembling elaborate sets by hand to floating in cold water while singing - the band didn't miss a moment with their camera. In the coming weeks, they will unveil another installment of the series detailing the on-set occurrences during  the "Obsessive." music video filming:

"Filming the friction music video presented all sorts of interesting challenges, from trying to fill a pool inside of a production studio with frozen water to warming it up with hot water from a coffee machine! In the end everything worked out and made for a great video detailing the ins and outs of shooting a video with the Scarlett Boys." - Scarlett O'Hara 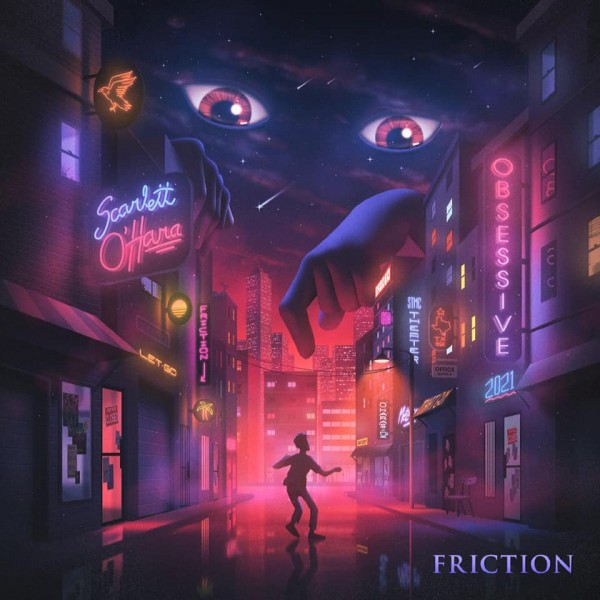 READ ALSO: 5 Must See 9/11 Documentaries and Where to Watch Them

They say everything is bigger in the Lone Star State, and this is certainly the case for South Texas Metalcore outlaws, Scarlett O'Hara. After a brief hiatus, the McAllen, Texas based four piece is charging back into the scene following up their highly praised  Rise Records debut album "Lost in Existence" with the sophomore LP Welcome Back To The Brodeo. Released on August 8th, 2018 to critical acclaim, the new album debuted on several US  Billboard charts including: #19 Hard Rock Album Sales, #20 HeaterSeeker Albums, #1 Heatseeker (South Central) as well as #25 on the iTunes Metal chart for its release week.

In February 2020, Scarlett O'Hara teamed up with Grammy nominated Producer Erik Ron in Hollywood, California to create the Rock Radio dominating single, FRICTION. Released in the spring of 2021, Friction Enjoyed 7 weeks on the Billboard Mainstream Rock top 20 chart, peaking at #22. In addition to solidifying the band's presence on the billboard charts, Friction was added to national rock radio rotation including SiriusXM's premier hard rock Channel, Octane.

Scarlett O'Hara has shared the stage with some of the biggest acts in the genre such as Bring Me The Horizon, The Devil Wears Prada, Asking Alexandria, Underoath, Motionless In White, and many more during their 10 years in the touring circuit.

Formed in 2008, Scarlett O'Hara has been a mainstay in the Metalcore community. Ever since their inception they've continued  pushing the genre further with their high paced signature style now known as South Texas Metalcore, an unrelenting barrage of sound that'll make you think you were kicked in the face by a pissed off bull.

Stay up to date on Scarlett O'Hara's upcoming releases and shows HERE.

Tags: documentary Music music video
© 2022 EnStars.com All rights reserved. Do not reproduce without permission.
Most Popular
You May Also Like

NDE Survivors Say “Peace on Both Sides of the Gate” is Groundbreaking Portrayal of Survivors Returning to Living with Renewed Purpose.

New Anmiated Documentary 'Flee' Is As Heartrenching As It Is Heartwarming. Truly The Most Must-See Film Of The Year!

Amazon Original A Man Named Scott: The Kid Cudi Story Is A Story Of Realating To Fans By Being Relatable

"The Rescue": A Deep Dive Into the Best of the Human Condition

Last night, I had the pleasure of attending the New York premiere of "The Rescue", a National Geographic documentary detailing the harrowing cave rescue of the 13 members of a Thai Wild Boar soccer team, at the Central Park Conservancy Film Festival.

Five 9/11 Documentaries and Where to Watch Them

#NeverForget It's the 20th anniversary of 9/11 so here are some documentaries to watch to remember this day in history.

Did Lady Gaga Hint at Her Sexual Assault Experience In Her 2011 Music Video?

Fans have been writing their own theories about Lady Gaga's music video ever since it was released in 2011. Today, little monsters think that their theories are possibly true after the singer appeared in 'The Me You Can't See' documentary where she discussed being sexually assaulted and got pregnant.

The iconic pop superstar Lady Gaga has spoken out about the lasting pain and trauma of being sexually assaulted as a teenager.

Dolly Parton does not plan on retiring anytime soon. In fact, she has other plans in mind.

The story of the royal life and struggles of Meghan Markle, Duchess of Sussex, will soon be watched on the big screen.