Critical Cinema: Watch These 3 Marvel Movies Secretly About Colonialism in Celebration of Thanksgiving 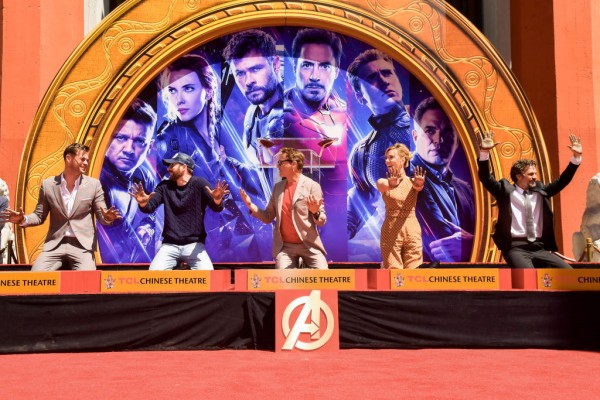 In recent years, the discourse surrounding Thanksgiving has been shifting. While the holiday remains a cherished family gathering for many, Americans have become more aware of the colonialist origins of the holiday and how the peaceful dinner between the colonists and Native Americans has been greatly exaggerated. To provide a new way to celebrate and in honor of the recent release of Marvel's "Eternals," here are three unexpected Marvel films that are secretly about colonialism.

Perhaps the most obvious Marvel movie to directly address the effects of colonialism is Ryan Coogler's landmark "Black Panther" film. Not only does Letitia Wright's Shuri directly call Martin Freeman's CIA agent Everett K. Ross a "colonizer," but the film's compelling villain, Michael B. Jordan's Killmonger, questions a white museum curator how the African artifacts got to the museum in the infamous British Museum heist scene.

Additionally, the fictional nation of Wakanda is an exploration of how Africa would have progressed had its development not been interrupted by European colonialism, a period of history known as the Scramble for Africa. Throughout the film, Killmonger and Chadwick Boseman's T'Challa contend with aftereffects of colonization and how consequences like slavery influenced their upbringing and their difference in opinion on Wakanda's role on the world stage. Colonialist history shaped and created Killmonger. It stripped away Killmonger's connection to his past, and is a reason why he so desperately wants to claim his Wakandan roots and place in Wakandan society.

When Taika Waititi's "Thor: Ragnarok" was released back in 2017, the discourse surrounding the movie was mostly how funny and jokey the film was. Perhaps because of this, I was wholly unprepared when the film delved headfirst into discussing Asgard's colonialist history. In a stirring scene, Cate Blanchett's Hela explains how Odin conquered his way through the galaxy with Hela by his side. Ashamed of his past, Odin tries to hide it by painting over a mural that depicted him as a conqueror.

However, colonialist history can't stay hidden forever. As Hela returns with a vengeance, Chris Hemsworth's Thor and Tom Hiddleston's Loki have to contend with this harbinger of the past, and the film makes a fascinating statement about how societies today might want to deal with their own colonialist history. Helmed by Māori filmmaker Waititi, the MCU's first non-white director, the film seems to suggest that the only way to deal with the effects of colonialism is to burn everything down and start anew. Thus, at the end of "Thor: Ragnarok," Thor realizes that Asgard lies in the Asgardians - not with the land they live on - and decides to take his people to earth. The film ends with the Asgardians watching their home burn.

Ever since World War II, the United States has taken over the role of the world's "greatest superpower," and acting as the world's policeman. In recent years, people have started to question the U.S.'s role in world affairs, especially since the wars in the Middle East, and this is exactly the question at the heart of "Captain America: Civil War."

In this third installment in Captain America's saga, a fight between Captain America and Robert Downey Jr.'s Iron Man arises out of a disagreement over whether the Avengers should remain autonomous or go under U.N. government oversight in the form of the Sokovia Accords, following the tragic events surrounding Sokovia at the end of "Avengers: Age of Ultron." Iron Man feels guilty about creating Ultron and the resulting destruction of Sokovia and believes the Avengers need to be reined in, while Captain America is firmly on the side of retaining control over whether and where the Avengers deploy themselves.

This conflict is reminiscent of questions societies today have towards neoimperialism. The Avengers are primarily made up of Americans and seem to work mostly with the American government. Should such a powerful American entity really have the power to go into foreign airspace freely or intrude on other nations' sovereignty in the name of justice? These are the newest forms of colonialism, and reflect how our attitudes toward America's legacy are ever-shifting as we become more aware of our role in the world conflicts.

And, that wraps up our list! Hope this gives you plenty of brain-food for you to chew on as you enjoy turkey dinners over the family dining table. Maybe this will inspire a family Marvel movie night? Happy Thanksgiving, everyone!

Joy Behar Called Out For Controversial Thanksgiving Remarks On 'The View'; Here's What She Said [VIDEO]

Joy Behar is making rounds on Twitter for all the wrong reasons as she was called out by online users about the controversial statement she made during the thanksgiving episode of 'The View.'

Chad Johnson leaving massive tips has been well documented over the years, and his generous act continues.

Hayden is under fire for leaving her daughter without a mum over the holidays.

Ben Affleck in a 'Good Place' With Jennifer Garner: Are They Back Together?

Ben Affleck and Jennifer Garner reunite for their daughter’s birthday.

The long-awaited animated movie of the year scored another record-breaking success and turned into a complete reflection of its predecessor's triumph in 2013.

Meghan Markle is reportedly thinking of cancelling her plans to visit her mom in Los Angeles.

Rose McGowan, Asia Argento, and Annabella Sciorra came together this weekend for a holiday meal, support, and a 'meeting of the minds'.

Jenelle Evans shared a family photo on Thanksgiving and noticeably absent from the image was her oldest son, 8-year-old Jace. Where was the child spending his holiday?