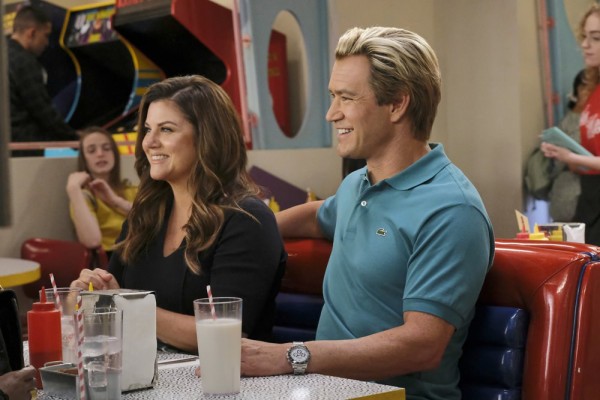 The season two premiere of "Saved By the Bell" revival on Peacock was both an opportunity to welcome back the students of Bayside High and an opportunity to say goodbye to Dustin Diamond, one of the original cast members. The actor, who played the memorable Screech, passed away from carcinoma in February at age 44.

During the season two premiere, the original cast members, sans Diamond, meet up at the Max at the end of the day, where there's a new addition to the menu: Screech's Spaghetti Burger. After Screech's robot Kevin presents the burger to the crew, the actors and their characters are given the chance to think back fondly on Diamond and his character Screech. According to Entertainment Weekly, Mario Lopez's Slater says of the burger, "It's a little weird, but great." "Kinda like Screech," Lark Voorhies' Lisa replies. As the students of Bayside High raise their burgers together in his memory, the episode plays a retrospective compilation of Screech's funniest moments. This sweet tribute was a touching way to honor Diamond and his creation of such an iconic character. 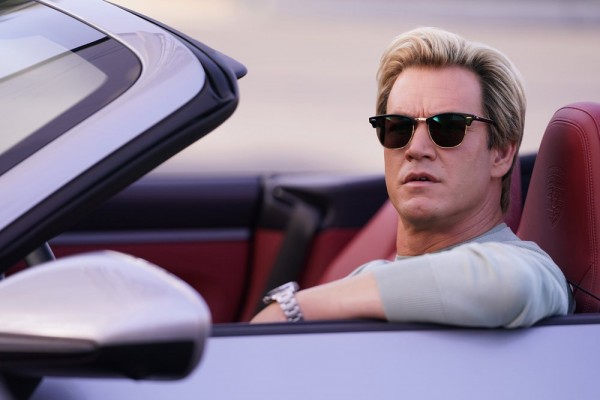 Elizabeth Berkley Lauren, who plays Jessie Spano and serves as a producer on the show, said, "We really wanted to be sensitive to strike a chord between the choice about his actual character passing and honoring the legacy of Dustin himself. No one could have done that role but him - so incredibly well and with his comedic genius. And just figuring out a way to integrate that into the script without it being heavy-handed. It just was [about] striking a balance of honoring, reflecting, celebrating, and mourning together."

For more entertainment news and commentary, follow Enstarz! We bring you the latest on your favorite celebrities, TV shows, and films.

Dustin Diamond passed away without having the chance to see his two dying wishes come to reality, his close friend revealed.

Dustin Diamond, who famously played the role of Screech in "Saved By The Bell," passed away at the age of 44.

Dustin Diamond finally took the first steps toward prolonging his life after learning that he has cell carcinoma.

Following the recent news about his hospitalization, Dustin Diamond has been diagnosed with Stage 4 cancer.

Dustin Diamond Hospitalized: What Happened To 'Saved By The Bell' Star?

Dustin Diamond, who is best known for his role in the "Saved By The Bell" franchise, was rushed to a hospital in Florida over the weekend.

‘Saved By the Bell’ Mocks Selena Gomez; Apologizes After Getting 5,000 Signatures For Show’s Cancellation

Fans of Selena Gomez are outraged after the reboot of "Saved By the Bell," which featured and mocked several references of the Disney alum's 2017 kidney transplant.

We Talked To Mario Lopez About The Little League World Series, A 'Saved by the Bell' Revival & More!

Listen Preppie, you don't get the chance to interview the man who played A.C. Slater and now hosts 'Extra' every day.

NBC Series 'Saved By The Bell' Gets 'Unauthorized' Lifetime Movie

'Saved By The Bell' reigned as a leading comedy on NBC from its premiere in 1989 to the series finale in 1993 and continued to have success through re-runs during the late 1990s.