This Season Of Euphoria Is Going To Destroy Us, Isn't It - Zendaya Posts A Warning Online 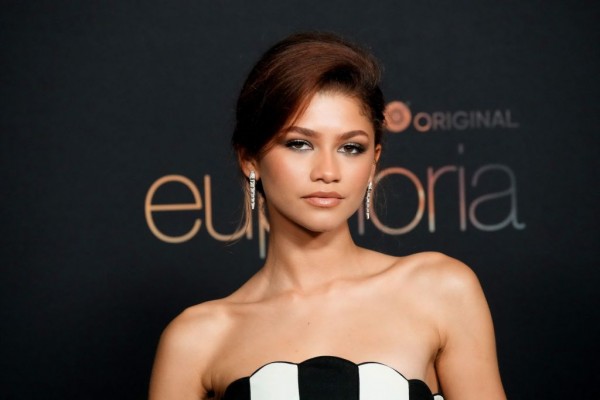 Two nights ago, Euphoria set the record for strongest performing episode of all time, just a few days after Season 2 premiered on HBO Max - 2.4 million people streamed the episode in total across platforms. It, along with the other seven episodes in the season, occupied eight of the top ten most-viewed episode spots the next day.

On January 9th, Zendaya tweeted out a literal trigger warning about the show, reminding viewers that it is, now more than ever, not for the faint of heart.

The tweet, styled as a beautifully captioned photo, reads:

"I know I've said this before but I do want to reiterate to everyone that Euphoria is for mature audiences. This season, maybe even more so than the last, is deeply emotional and deals with subject matter that can be triggering and difficult to watch. Please only watch it if you feel comfortable. Take care of yourself and know that either way you are still loved and I can still feel your support. All my love, Daya."

So this season is in fact going to rip viewers' hearts out of their chests, huh? Genuinely good to know, thank you Daya. Honestly, more shows should come with clear warnings like this - the generic content warnings could mean anything, but Zendaya's was clear on which people might want to steer clear and why. As usual, good looking out by the actress there.

You can watch Season 2 of Euphoria now on HBO Max - if you want. No pressure.

Tags: Zendaya
© 2022 EnStars.com All rights reserved. Do not reproduce without permission.
Most Popular
You May Also Like

Imagine getting discovered through your Instagram page. (Makes you really rethink your whole layout, huh?)

Zendaya has taken to Instagram to pay tribute to the legendary, recently late icon Ronnie Spector.

Zendaya's Ex-Boyfriend Jacob Elordi Wants Another Chance? Tom Holland Should Be Quaking In His Boots

Is Zendaya going to have to pick between two men?

Every Spider-Man actor has gone on to date their female co-lead.

Zendaya and Hunter Schafer Are Back For Season 2 Of 'Euphoria,' And This Season, S*** Hits The Fan

The trailer opens on Rue, back in rehab and hauling around a big, mysterious suitcase - which we later learn is full of pills, which she may or may not intend on selling.

Tom Holland, Zendaya, and Jacob Batalon recently played a quiz game where the former blurted out a hilarious mistake.