WAKE UP DISNERDS: The ULTIMATE DISNEY FAN EVENT is BACK, And You Can Buy Tickets Very Soon!

(Actually, you were probably already awake because of Encanto, but if you can take just a moment to stop talking about how amazing that movie is, we promise you won't regret it - and then you can go right back to talking about it.)

If you've always dreamed of going to D23, get ready to cry real tears of joy, because Disney just announced that there's going to be a D23 fan event this year - and tickets go on sale very soon.

That's right - following the success of the D23 Fan Expo in 2019, the Official Disney Fan Club is doing it again in 2022. For one weekend in September (September 9th to 11th, to be exact), fans can travel to Anaheim, California to be part of the magic of Disney (and to find out what new projects to start getting excited about.)

In a press statement, the company said:

"All of Disney's wonderful worlds-including Pixar, Marvel, and Star Wars-will unite under one roof to showcase what's new and what's on the horizon from Disney theme parks, streaming, television, music, products, and films."

There will be over 50 different panels at the expo for guests to enjoy, from previews of new attractions coming to Disney parks to celebrity talkbacks to previews of new films we haven't even heard of yet. Plus, this:

"D23 and the Walt Disney Archives, working with new D23 Expo Platinum sponsor Amazon, are restoring Walt Disney's Grumman Gulfstream I company airplane, currently housed backstage at Walt Disney World Resort, and transporting it to Anaheim. The iconic aircraft was seen for years as part of the Studio Backlot Tour at Disney's Hollywood Studios and will be on display at D23 Expo 2022 for guests to see in an exhibit called Mickey Mouse One: Walt's Plane presented by Amazon." 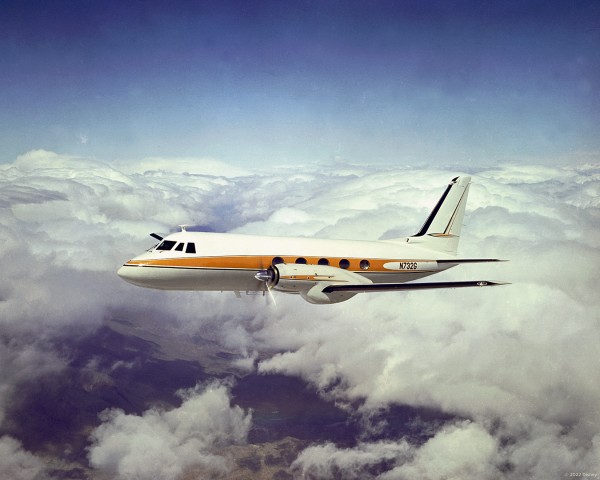 It doesn't get much cooler than that.

They're also bringing back the super-fun Mousequerade competition - adult fans may not be allowed to dress up as characters at the Disney parks, but at D23 it is welcome, even encouraged - because if Yvette Nicole Brown, Ashley Eckstein, and Ally Maki decide your costume is "Best in Show," you could win $2300. 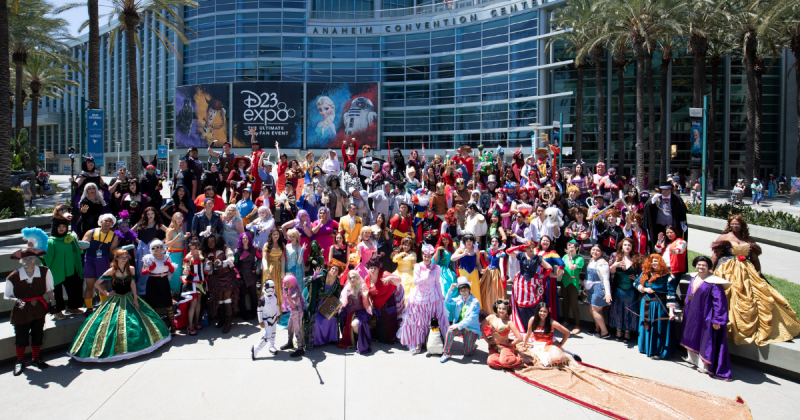 (And even if you don't, you could win one of the many fan favorite awards in any of the outlined categories.)

Tickets for the event go on sale exclusively for D23 members on January 20th - and you definitely don't want to miss out, because this year the fan event also kicks off Disney100 - the celebration of the 100th anniversary of The Walt Disney Company. (That's right. 100. This is history in the making, kids.) 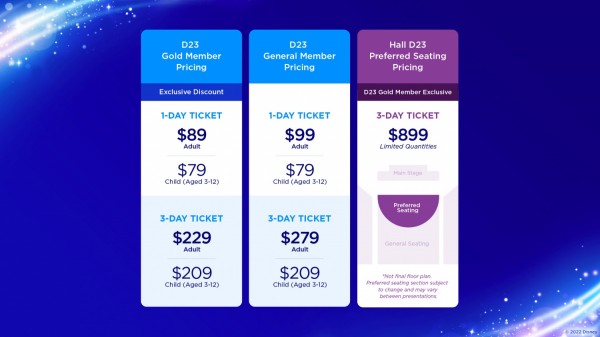 Tags: walt disney Yvette Nicole Brown Ashley Eckstein Ally Maki
© 2022 EnStars.com All rights reserved. Do not reproduce without permission.
Most Popular
You May Also Like

Is there a deeper meaning behind the "Frozen" theme song "Let It Go" that fans and moviegoers should take a look into?

Lizzie McGuire, HSM: All Shows You Can Watch on Disney Plus Starting Today!

Netflix has a new rival and it launches today. Here's what you can expect from the newest streaming service.

The grandniece of Walt Disney agreed with Meryl Streep's criticism of the animation legend being racist, revealing via Facebook on Friday, Jan. 10 that "loved" the actress' remarks. Streep accused Disney of being sexist, racist and a supporter of anti-Semitism in her presentation at a National Board of Review event on Jan. 7. She also dubbed Walt a "gender bigot."

Diane Disney Miller, philanthropist and daughter of cartoon and theme park pioneer Walt Disney, died on Tuesday in California. She was 79.

'Boy Meets World' original cast members are getting together for a new series.

Disney will debut a normal-girl-turned-princess as the main character in an upcoming Disney Channel television series "Sofia the First: Once Upon A Princess" but the speculation about Sofia's race has drawn controversy. When Disney released a picture of the character, it received criticism because Sofia has light brown hair, pale skin and blue eyes. Two Disney representatives previously stated that Sofia was the first Latina Disney princess. It was praised then later met with a mixed response after Disney released the character's image. Many members of the Latino community commented that she look does not look 'Latina enough'.

Tom Hanks will take the role of playing Walt Disney in his next film.