We Hope You're Ready For The Return Of The OG High School Soap Opera: They're Rebooting Degrassi Again

Now joining the ever-growing list of Things Being Rebooted is none other than Degrassi, the Canadian teen drama about middle and high schoolers dealing with the modern everyday (okay, not TOTALLY everyday) problems that come with teenage life.

This is actually the sixth reboot of the series. The original Degrassi was actually a 1980 show called The Kids of Degrassi Street, and it only aired in Canada, ending in 1986. Degrassi Junior High premiered in 1987 and ended in '89, and Degrassi High picked up where it left off, running from 1989 to 1991. The series was later rebooted as Degrassi: The Next Generation in 2001 and ran for a whopping 14 years, finally coming to a close in 2015. 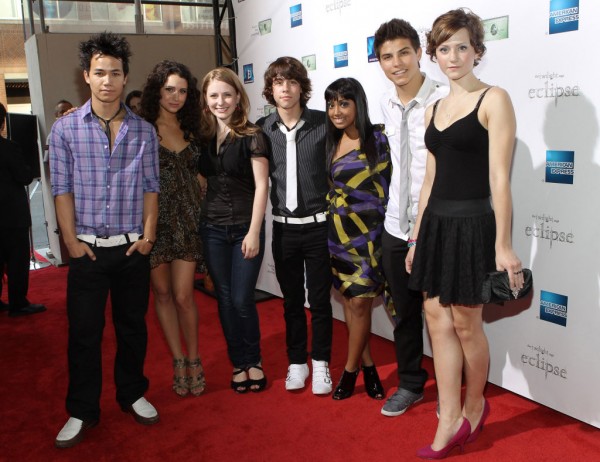 The show, later rebranded as just Degrassi, was watershed viewing for kids born in the 1990s - everyone talked about it, and even if you didn't watch, you were probably at least peripherally aware of what was going on each week. It's also remembered as the show that launched Drake's career, as he had a prominent role in the first 7 seasons.

There was also Degrassi: Next Class, which premiered on Netflix in 2016 and ran for four seasons. This is the only iteration of the series that HBO did not acquire for streaming in the deal that paved the way for this new reboot, which does not yet have a unique title.

The new showrunners for this new Degrassi are Lara Azzopardi of The Bold Type and Julia Cohen of Riverdale, both creators with plenty of experience writing about teenagers and drama. The pair said in an official statement that they are looking forward to "reviving this beloved franchise is turning it into a truly serialized one-hour drama."

The latest installment of Degrassi is scheduled to be ready for its HBO Max launch sometime in 2023.

Tags: Drake Lara Azzopardi Julia Cohen
© 2022 EnStars.com All rights reserved. Do not reproduce without permission.
Most Popular
You May Also Like

After Maralee Nichols alleged that Kylie Jenner slept with Drake last year, many fans rallied and shared their thoughts on the situation online.

Astroworld Festival: Drake Did THIS and Spent $1 Million Following The Tragedy

Travis Scott and Drake were photographed at an afterparty after the Astroworld Music Festival was canceled for the second night, prompting criticism.

Live Nation, the organizers behind Astroworld Festival, could possibly dodge legal woes due to the waivers they implemented for concertgoers, but there's one big problem.

After the Astroworld Music Festival catastrophe in Houston, Texas, Travis Scott and Drake reportedly dashed to their 5-star hotel, packed up and left.

Drake Almost Left ‘Degrassi: The Next Generation’ and Filed a Lawsuit - Why?

According to the show's writer, Drake's Character in "Degrassi: The Next Generation" was confirmed to be altered based on the artist's request.

Kanye West Just Beats Drake By Doing THIS -- Fans Ask 'What Does Ye Know About This?'

Kanye West is planning something major - and he beat Drake to it immediately.

Drake turned into a controversy-magnet following the release of his "Certified Lover Boy" album after R. Kelly made it to the eighth track.

Kanye West vs. Drake New Album: If Not Same Date, Who Will Drop It First?