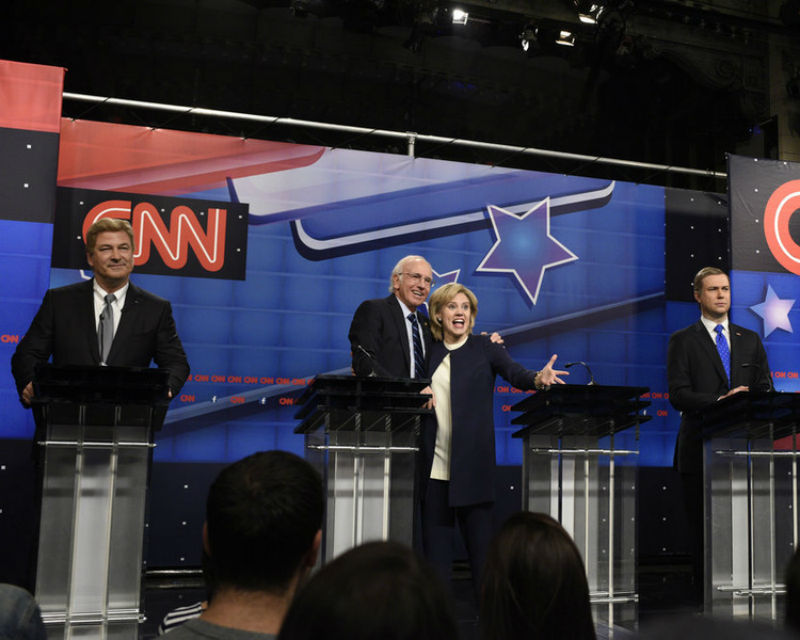 The show's cold open featuring the "candidates" (Alec Baldwin, Larry David, Kate McKinnon, Taran Killam and Kyle Mooney) managed to sum up exactly how the actual debate went, hitting on the high points (Sanders and Clinton sharing a handshake after he defended her against her email scandal), and the low points (did the other three candidates even get a chance to talk?)