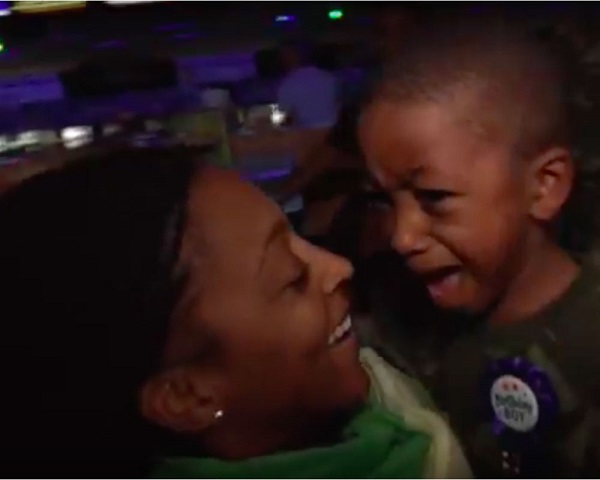 A navy mom named Tiffany Monroe decided to surprise her son SJ when she received good news that she will return home in time for her son's birthday party.

To execute the move, Tiffany wore a Teenage Mutant Ninja Turtle custome, which was SJ's favorite character. She then entered the bowling alley, with her kids not knowing her true identity. When she finally revealed herself, her kids and SJ were all shocked and emotions went high. SJ, who was the youngest among the kids, was moved to tears as she was kissed by her mother.

When SJ was asked about her mom's surprise, the young kid said it was "awesome." SJ also added that it was his best birthday ever. Tiffany commented that FaceTime didn't do justice and she wanted to greet her kid personally.

It was amazing that a busy mother was able to find time to give her son a memorable birthday party.