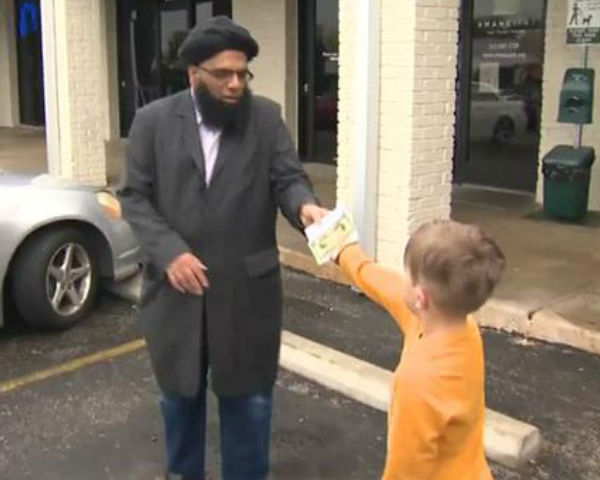 After the terrorist attacked Paris and Beirut, many people have developed hatred towards the Muslim community that some even vandalized a local mosque in Pflugerville, Texas. However, Jack Swanson, a seven-year-old boy, is an exception because he showed love for the Muslims by donating his $20 to the vandalized mosque.

Swanson was saddened and disturbed by the hateful act, which led him to donating his $20 that was originally saved for buying an iPad. After Swanson's act of kindness, it has since received international attention and it was also recognized by Arsalan Iftikhar, a Muslim. The latter even gave Swanson a brand new iPad and a special note for his good deed towards the Muslim community.

It is amazing that even at a young age, Swanson decided to do the right thing and not join those who quickly judged the Muslim. He has quickly became a role model to the older people.