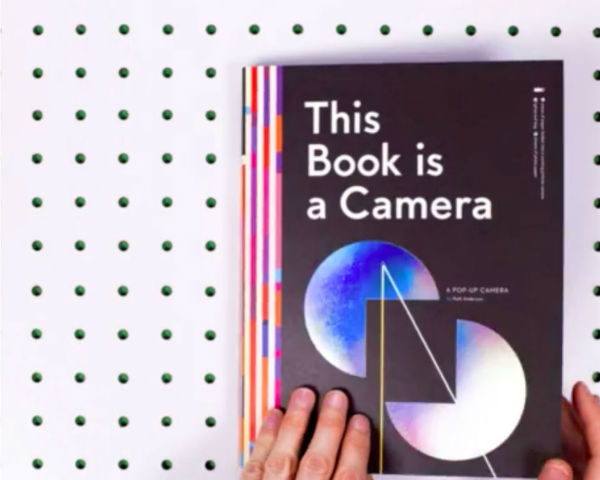 Artist Kelli Anderson decided to challenge his creative side when he managed to create this amazing pop-up book. Named "This Book is a Camera," it actually stays true to its name, as it has a hidden camera inside.

Inside this pop-up book is a pinhole camera. Take note, this camera is not only for design purposes, as it can also take pictures. Pinhole camera is a type of camera that has no lens while it only has a single aperture or pinhole. It can be described as a light-proof box with a small hole in one side.

"Specifically, I wanted to make a working camera within an educational pop-up book, one that connects the dots between design and science, structure and function," said Anderson concerning his masterpiece.

To use this device, just open the pop-up book, put the film on the camera, line up the shot, lift the shutter and unload the film for developing.

Watch the incredible creation below.