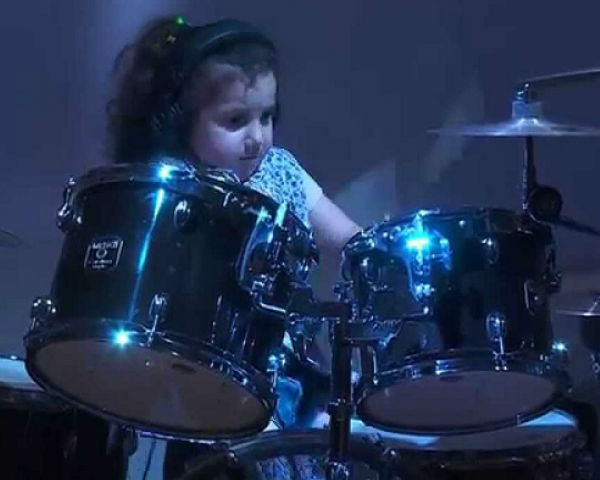 "Jump" is a song by the American rock band, Van Halen that was released in December 1983, the only single to reach number one on the U.S. Billboard Hot 100.

It also has a very unusual rhythm on the drums.

So when 5-year-old, Eduarda Henklein does a cover and played the drums for the song like a pro, it is mind blowing!

Learning how to play a musical instrument is not as easy as it seems. It usually takes years to learn and master it.

But for Eduarda, everything looks easy when she started banging on those drums. You can see how connected she is with the instruments and what's more impressive is that she seems to be just having fun out of it.

Watch in amazement on how she rocked in this drum cover.