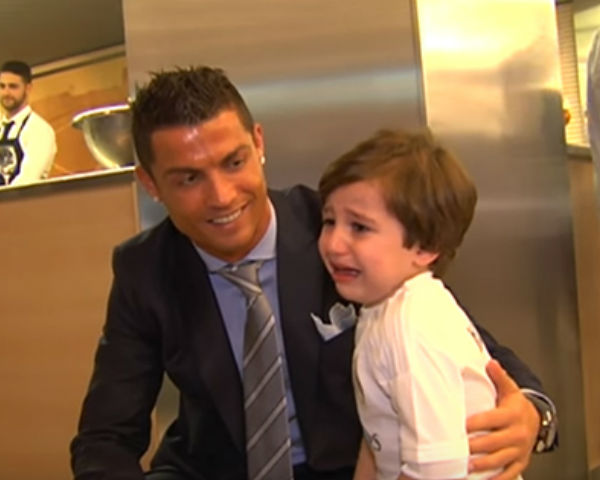 The Real Madrid superstar met three-year-old Haidar who lost his parents following a suicide bombing at the Bernabeu. The moment has been captured in a heartwarming video while the three-year-old Lebanese orphan was brought to tears when meeting his hero Cristiano Ronaldo

Haidar, lost both of his parents in November 2015. Rana Harbi, a local reporter picked up Haidar's story and started a Twitter campaign to help the Haidar meet meet his all time hero Ronaldo. Harbi got in touch with the Spanish football club and then the club agreed to arrange the meeting.

After Haidar received the jersey as a gift from club president Florentino Perez, Haidar's dream has come true, he finally met Ronaldo at the Santiago Bernabéu Stadium in Spain. Ronaldo gave his young fan a hug, as Haidar was overcome by emotion as he met his idol. Harbi shared her joy on Twitter after the pair met.