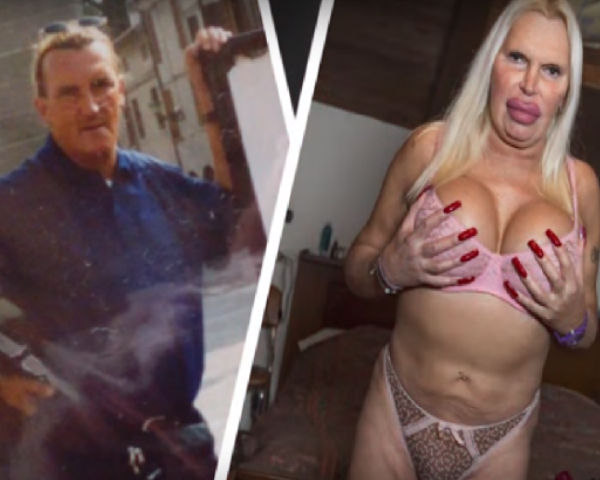 No matter what the cost, 56-year-old, Fulvia Pellegrino, has spent the past twelve years trying to achieve physical perfection. She lives in Italy and spent the exorbitant amount of money on surgeries, that's £52,000 which equates to just over $76,000 on her dream body. Over a decade ago, she realized and wanted to make the transition from being a man to being a woman.

She has undergone numerous surgeries, including 150 lip and cheekbone injections, four breast implants, and two rounds of liposuction. Fulvia, was born with the original name Fulvio. Her wife Marisa had her full support, and admits that while she's standing by her husband, they are more like sisters than a married couple.

To reach perfection, Fulvia sold her guns, cars and even a house to achieve her goal. She was just fifteen years old when she first realizedshe was transgender. But she had a strict religious family so she decided to kept her feelings a secret.

Check out the video below, to see what she looks like now after a numerous surgeries.