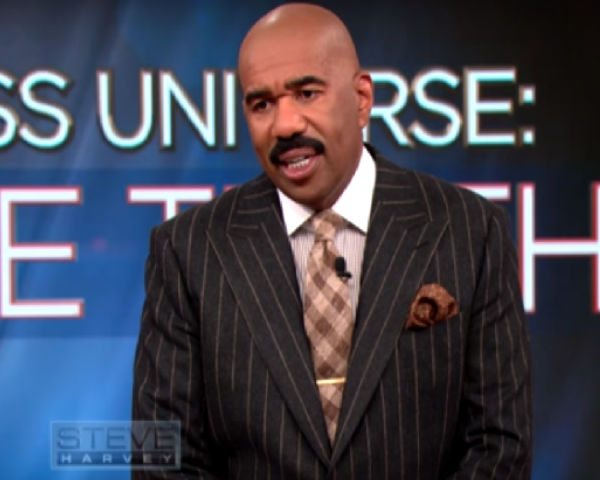 This is the first time the talk show host Steve Harvey is speaking out regarding the controversial incident. We all know that Steve made a mistake during the Miss Universe pageant on Dec. 20. He immediately went back on stage and repeatedly, emphatically said it was his own fault alone.

Steve says on the video, that while there were tough times for him after the pageant, his thoughts remained on both Miss Philippines and Miss Colombia. He then talks about how his wife Marjorie supported him after the pageant. Steve became emotional while talking about support from loved ones. His wife telling him, "keep your head up, you did the right thing." "You did what your father raised you to be."

"The reason why I didn't do any interviews was because I wanted to talk to the women first," said Harvey in a promo clip. "Regardless to how I felt, I was still stuck on the two women because I have daughters."