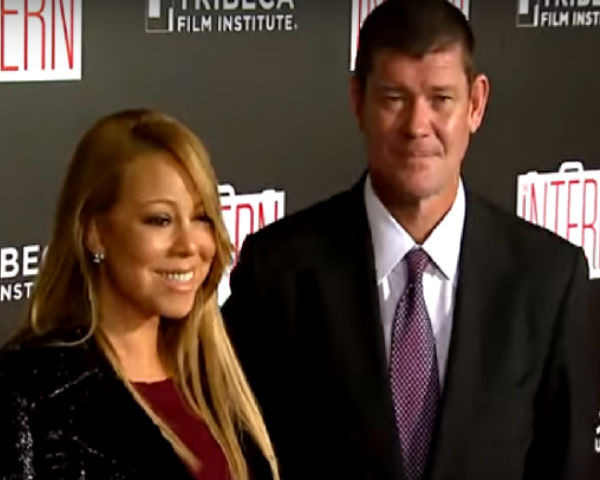 Mariah Carey is now engaged to the Australian billionaire businessman after a fairy tale romance. Mariah couldn't hide her delight as she arrived at their engagement party at Eleven Madison Park that night with a huge smile on her face and an even bigger rock on her left hand.

The singer flashed her new diamond engagement rock which comes in around 35 carats and that no wedding date has been set just yet. British Fine Jeweller, David Marshall of David Marshall London told that the ring could be worth as much as $7.5m.

Apparently, Mariah's ex husband Nick Canon, reacted to their engagement news. Nick broke his silence with a funny meme of him in a hospital bed with comedian Kevin Hart saying, "It's just a ring Nick."

The 35-year-old comedian took to Instagram on Saturday to congratulate his ex-wife and her new beau, Australian billionaire businessman James Packer. The funny meme he posted has a caption, "Ha! This made me laugh out loud for real!!! HILARIOUS! #AllLove," Cannon captioned it. "Congrats to @MariahCarey and James! May God Bless Your Future Union...#GreatPeople #GreatCouple."