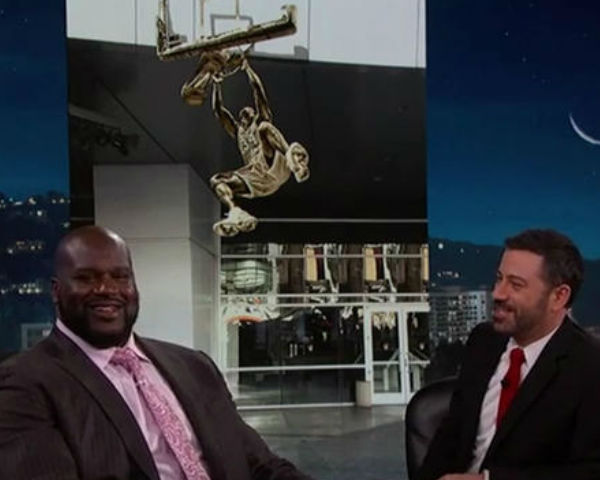 Former Lakers superstar, Shaquille O'Neal had many thunderous games and too-many-to-count nicknames, will get his own statue outside Staples Center next season.

TV show host Jimmy Kimmel surprised O'Neal with the special announcement Wednesday night, and was confirmed by the Lakers.

According to an image Kimmel showed O'Neal, the statue will show the superstar dunking in a powerful crouched position.

A statement from Lakers president Jeanie Buss confirmed Kimmel was not joking about O'Neal's honor.

"We look forward to having Shaq join the other legends who have been honored with statues at Staples Center," she said. "He is a giant not only in size, but also in stature and in what he accomplished as a Laker. Shaq literally broke the ground for the site, and was hugely responsible for not only getting Staples Center built, but for making it one of the most successful and famous arenas in the world. It's an honor that is well-deserved."