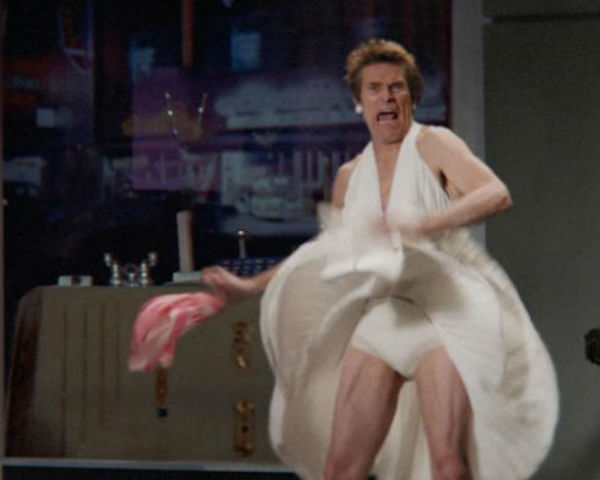 The U.S. television broadcast of the Super Bowl – the championship game of the National Football League (NFL) – features many high-profile television commercials. Super Bowl advertisements have become iconic and well-known because of their cinematographic quality, unpredictability, humor, and use of special effects. The use of celebrity cameos has also been common in Super Bowl ads.

This year, Willem Dafoe tried something a little different in the latest Snickers ad wearing Marilyn Monroe's iconic white dress for the Snickers Superbowl Ad. While Marilyn Monroe’s time in The Seven Year Itch produced one of the most iconic scenes in movie history, the actress didn’t quite look the same on film as she did before shooting. When the camera pans up from the gusting subway grate, it's not Monroe we see, but the sinewy legs and villainous face of actor Dafoe.

Meanwhile, Eugene Levy is operating the fan replicating the passing subway below in the unenviable position beneath Dafoe's spreadeagled legs.