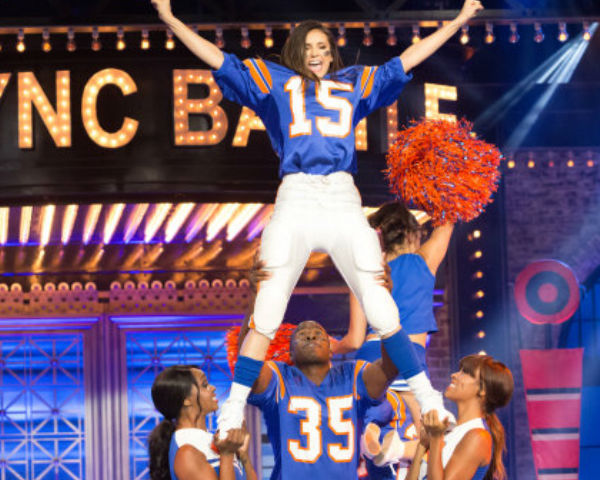 Lip Sync Battle was all about Tim Tebow as its main attraction this week. The Super Bowl is on Sunday, he's a famous player (although he's currently without a team)

His opponent was Vampire Diaries star Nina Dobrev (although she's no longer on the show), who spent a good portion of the show poking fun at Tebow's famous stance on no sex more marriage. Dobrev opened with Marvin Gaye's classic "Let's Get It On", which Tebow countered with the Sam Hunt tune "Take Your Time",

But it was Dobrev's performance to OMI's "Cheerleader", where she dressed up in Tebow's uniform from the University of Florida and tried her hand at some classic cheerleading stunts that stole the show.

See it for yourself.