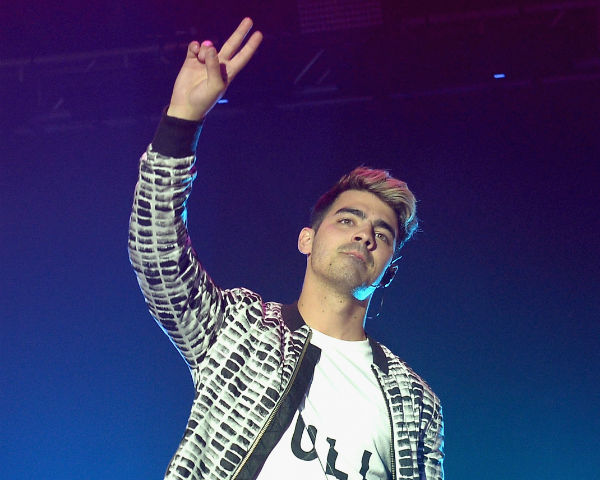 Singer Joe Jonas is rocking a hot new blonde hairdo that looks just like the hair makeover his ex-girlfriend Gigi Hadid's new boyfriend, Zayn Malik has. Joe Jonas and his brother Nick grabbed dinner at Craig's in West Hollywood with a freshly highlighted hairstyle - a platinum dip-dye on the tips of his hair, paired with his brown roots and freshly shorn sides.

Do we have a copycat on our hands? They're both singers and likes the same girl, and now identical hairstyles? So weird!