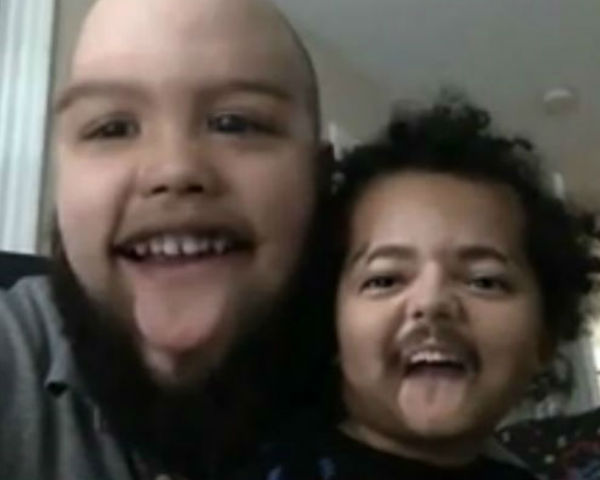 When mom’s away, anything could happen. Dad Robert Russell was left alone with his adorable baby when suddenly he came up with an amazing plan to show everyone how close a father and son actually is.

Using his smart phone he downloaded an amazing app, he suddenly figured something hilarious by switching faces with his little boy. And the fun part is, it resulted in one of the most hilarious — and a bit scary — videos you could ask to see. The dad has the face of his little baby, and the baby has grown himself a pretty nice beard!

When Robert sent out the hilarious video to his close friends and family, including his wife, mommy instantly broke down into laughter and couldn’t even contain herself how funny it was.

No wonder everyone loves this hilariously adorable video! The bond shared between this dad and his little boy is so incredible to watch, and when you watch it you’ll see how close their relationship is.