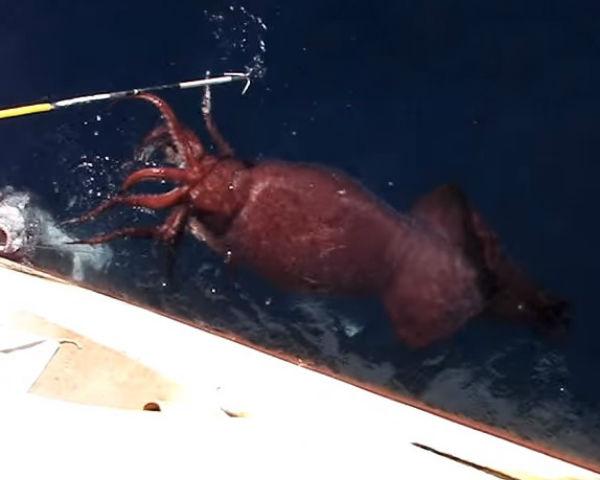 There are far too many mysteries that lurks in the deep blue ocean.

Among these mysteries are stories of creatures found in the ocean. Ranging from mermaids to krakens or sea monsters.

But when these Russian fishermen came across this colossal squid which is nearly close to a giant squid only proves how these mysteries might be true.

These colossal squids rarely make an appearance or are rarely seen in shallow waters but diving expeditions have proved their existence down below.

So with it re-surfing the water will only add more curiosity to your mind of what's in down below the blue ocean.