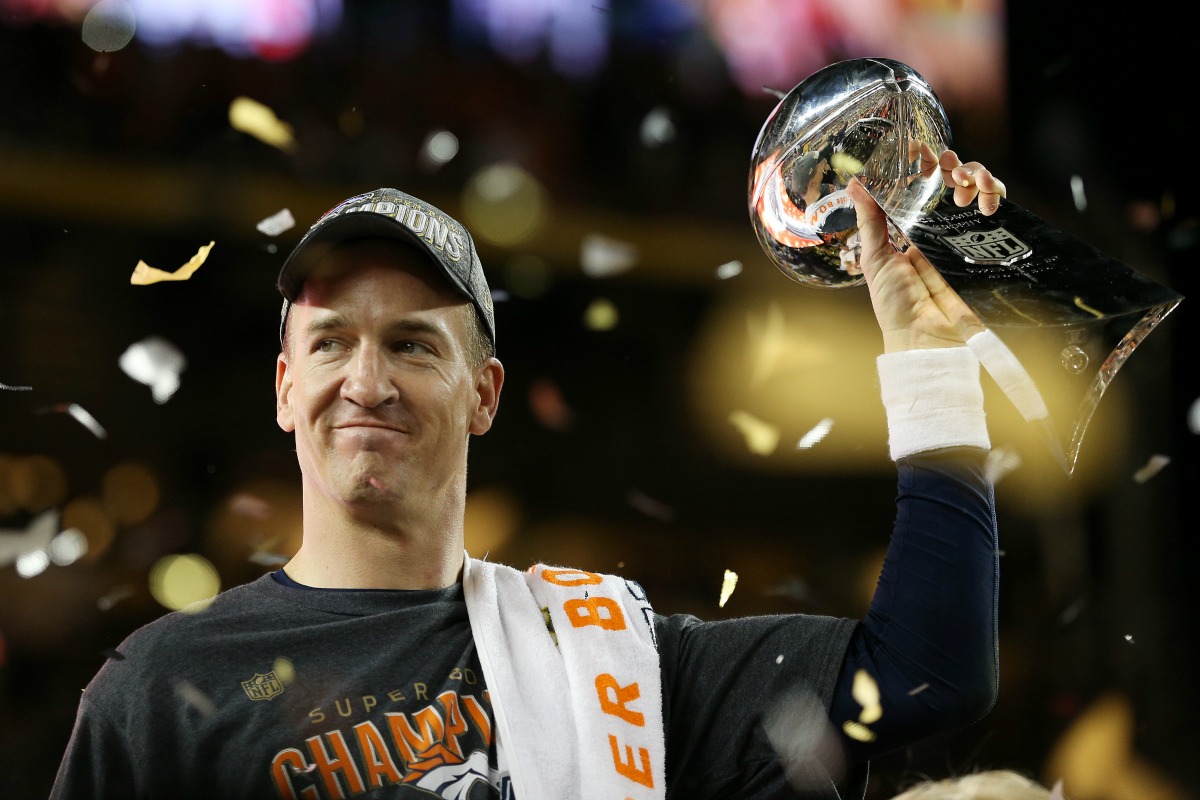 Still basking in the glow of his Super Bowl win, Peyton Manning appeared on NBC's Tonight Show Wednesday to face off with Magic Johnson in the egg smashing game called Egg Russian Roulette.

The rule is quite simple, both will take turns in smashing eggs on their heads without knowing which are cooked and raw.

There are 12 eggs, 8 are cooked while 4 are raw and the first one to smash 2 raw eggs on their head, losses the game.

This gets to the fun part because both players are winners by their own field but the idea of having no control over the eggs made this game funny and hilarious.