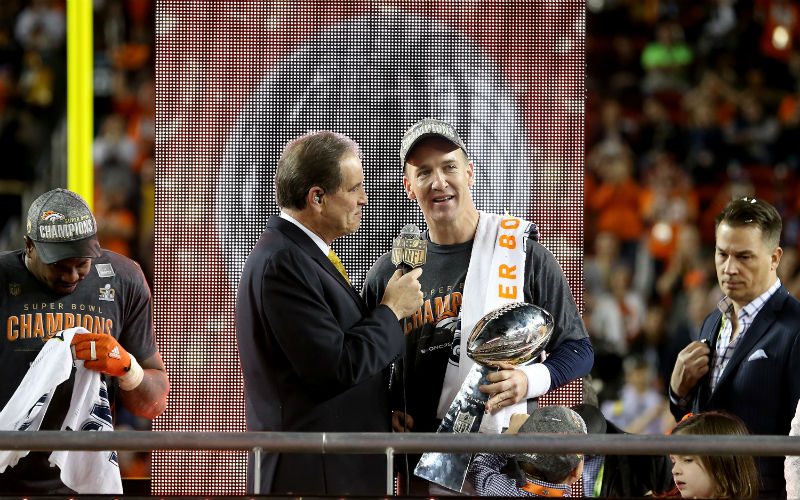 Many have been said about Eli Manning's stone-cold reaction during the Super Bowl 50 where his brother Peyton Manning and the Denver Broncos won. Finally, the 39-year-old football star addressed his younger brother's hilarious face during his appearance at The Tonight Show Starring Jimmy Fallon.

At first, Peyton tried to defend his younger brother by saying that Eli is "analyzing the game." However, the elder Manning stated that he has seen Eli's cold face in the past. In a funny story, the 39-year-old quarterback recalled that his brother flashed the same depressed look 18 years ago when he told him that he was going to be drafted by the Indianapolis Colts, the team who had the first pick at that time.

After that, Peyton and the host Jimmy Fallon threw numerous jokes aimed at Eli's cold yet funny reaction.

We are definitely glad that the Broncos' star is having a good time not only because he won the Super Bowl but because of his younger brother Eli.