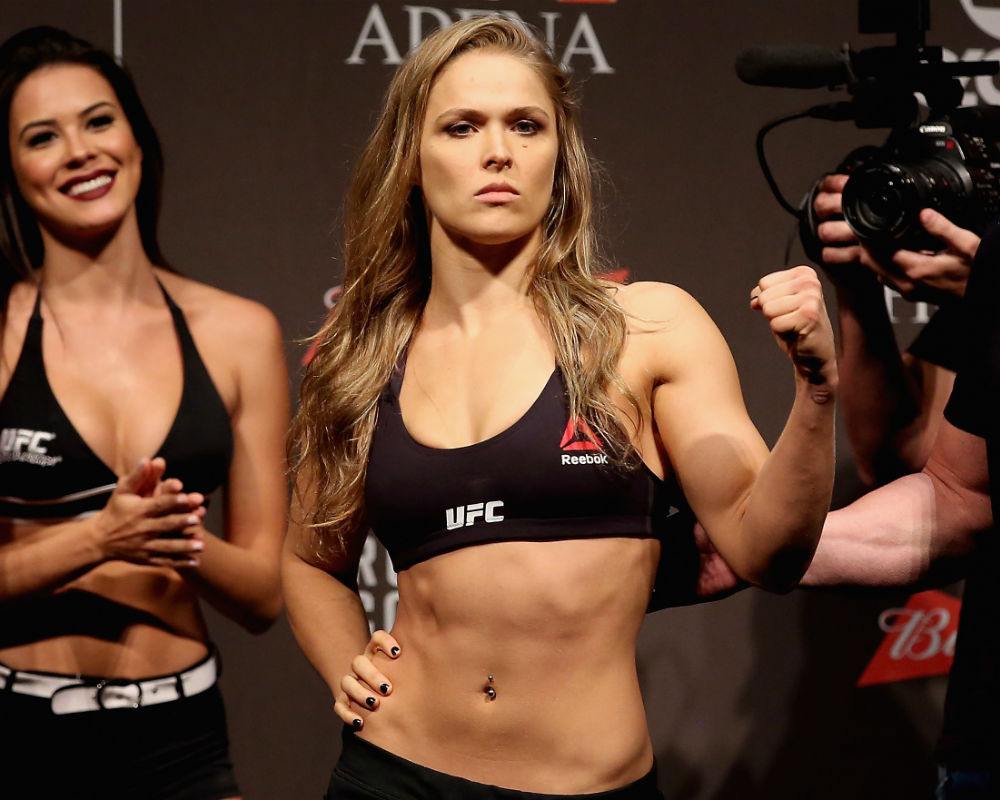 It was an unforgettable and special night when TMZ announced who will grace the 2016 cover of Sports Illustrated: Swim.

Nick Cannon called out the three ladies: Ronda Rousey, Ashley Graham and Hailey Clauson to the stage to announce the winner.

Surprisingly and for the first time ever, the veils were raised and presented 3 covers.

2016 Sports Illustrated Swimsuit will have three covers of Ronda Rousey joined with the other 2 models.

The three ladies were overwhelmed with the result and could not believe that they were all just shaking when Nick Cannon asked them to describe the feeling.

What a way of representing women with these three winners.

Travis Browne and Ronda Rousey got engaged under a waterfall and it's the sweetest thing in the UFC history ever. (Getty Images)