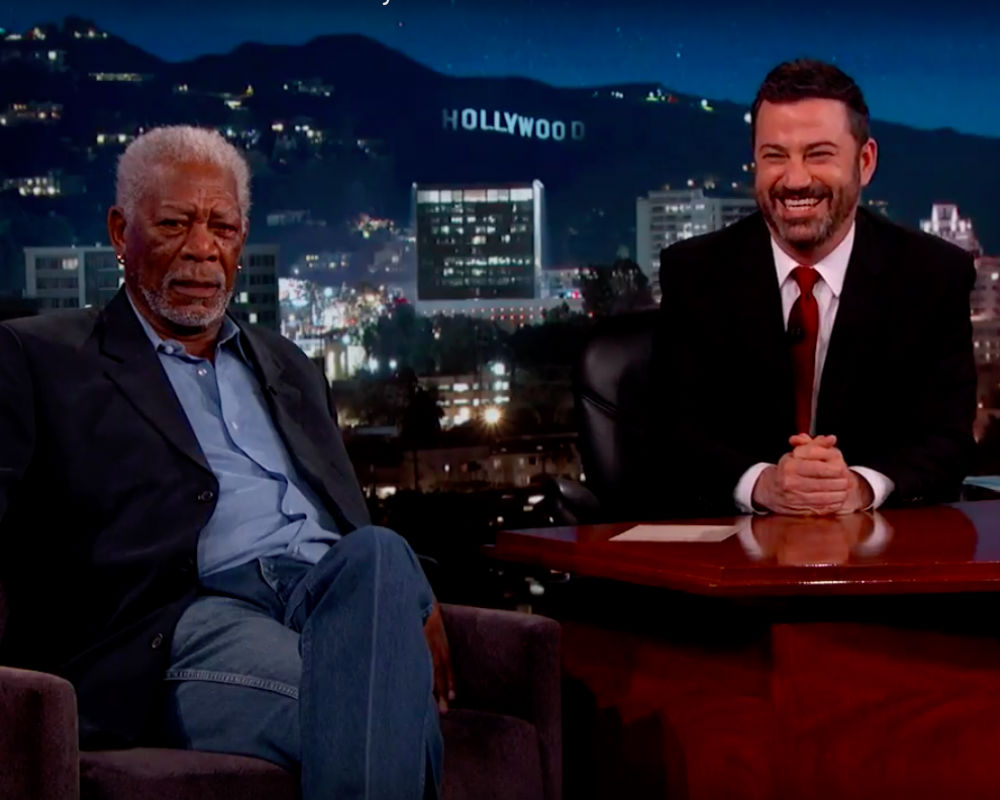 During his recent appearance on Jimmy Kimmel Live, Morgan Freeman and TV Host Jimmy Kimmel had a little bit of fun when they decided to troll people on the pedestrian of Hollywood Boulevard.

In the video, Freeman was reminded by Kimmel that they have a camera on the outside and that the veteran actor, who is known for his smooth voice, would narrate what he sees on the place. It turned out to be an epic one as Freeman's signature voice was too much to handle for the people who heared his narration. The biggest victim in this skit was the man who was taking a selfie in the Boulevard.

This has to be one of Freeman's most epic moments in his very illustrious career.