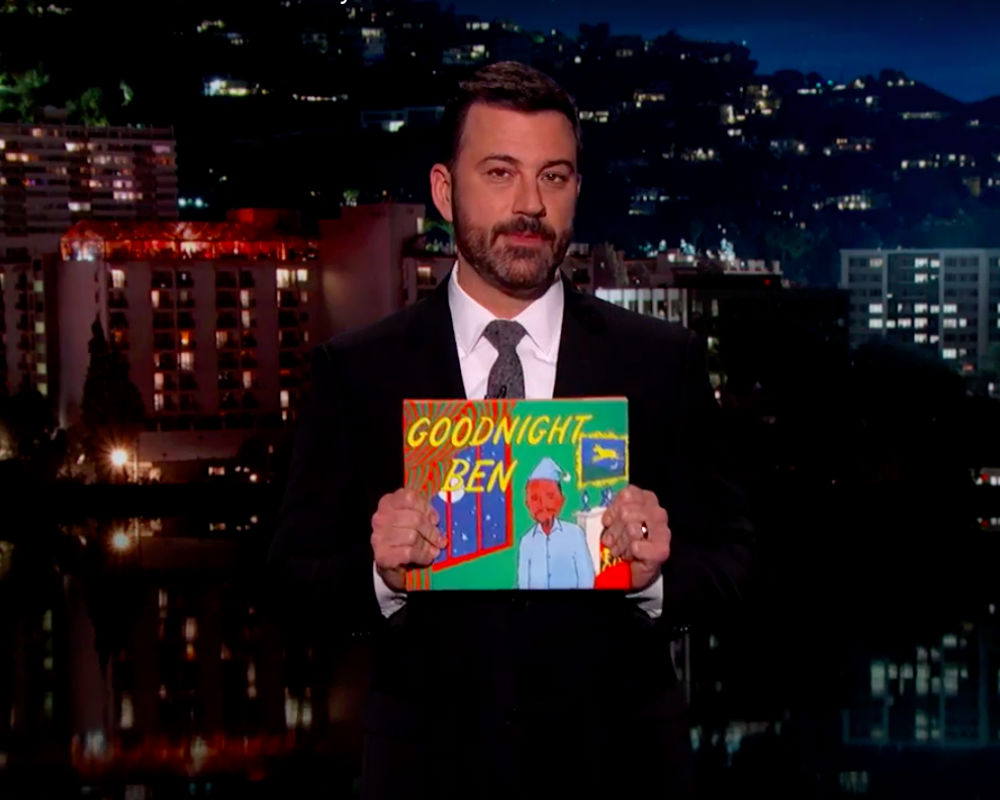 Before Republican candidate Ben Carson's announcement that he will end his Presidential campaign, TV host Jimmy Kimmel decided to give him a heartwarming yet hilarious tribute in his late-night show.

This said tribute is a very special children's book titled "Goodnight Ben" where a character portraying the politician is preparing to sleep while saying "goodnight" to all of the very odd and controversial things related to him. His fellow candidates Marco Rubio and Ted Cruz are also present in this book with Donald Trump making a special appearance at the end of the book.

The most hilarious part of this book is the page when Ben said "Goodnight America, 'cause here comes Trump."

Watch the video below to see more of the special children's book.