Paulson appeared at PaleyFest this past weekend for an American Horror Story: Hotel panel. While she played the destructive Sally on AHS: Hotel, she is currently playing prosecutor Marcia Clark in American Crime Story: The People v. O.J. Simpson—roles that could give her two Emmy nominations this summer.

The actress spoke with awards-focused site GoldDerby on the red carpet before PaleyFest and spoke about the possibility of nabbing two nominations.

"I don't what those are, what are the Emmys?" she joked. "Two did you say? More than one. That is something I can't really fathom, no. That seems really crazy and like a really greedy, greedy person. Not that I would be like, 'no!'"

On a more serious note, she said, "I would be very honored. It's hard for me to comprehend or wrap my brain around that."

Many GoldDerby editors are predicting she will, in fact, get two nominations. But does she have a chance of finally taking home Emmy gold this year? It's very possible.

Paulson is in the no. 1 position among all GoldDerby editors for The People v. O.J. Simpson, which suggests she is a frontrunner to win Outstanding Lead Actress in a Limited Series or Movie. If she does pick up a win, it would be a huge dream come true for Paulson. The actress has been very open about her love for award shows in the past.

"I was one of those girls who dreamt of doing this when I was a really small child. I've watched the Emmy Awards for as long as I can remember," Paulson told TheWrap last May. "I have a lot of friends who have them, and believe me, I've been known to be in the rooms of their houses with these Emmys for a little too long, just stroking them."

American Crime Story: The People v. O.J. Simpson airs Tuesdays at 10/9c on FX while season 6 of American Horror Story will premiere this fall on FX. 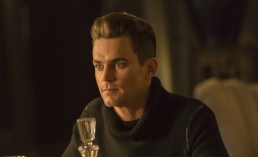 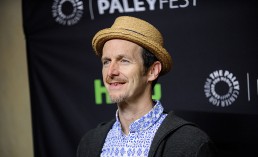 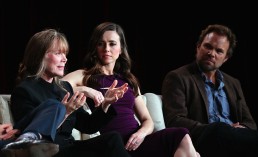