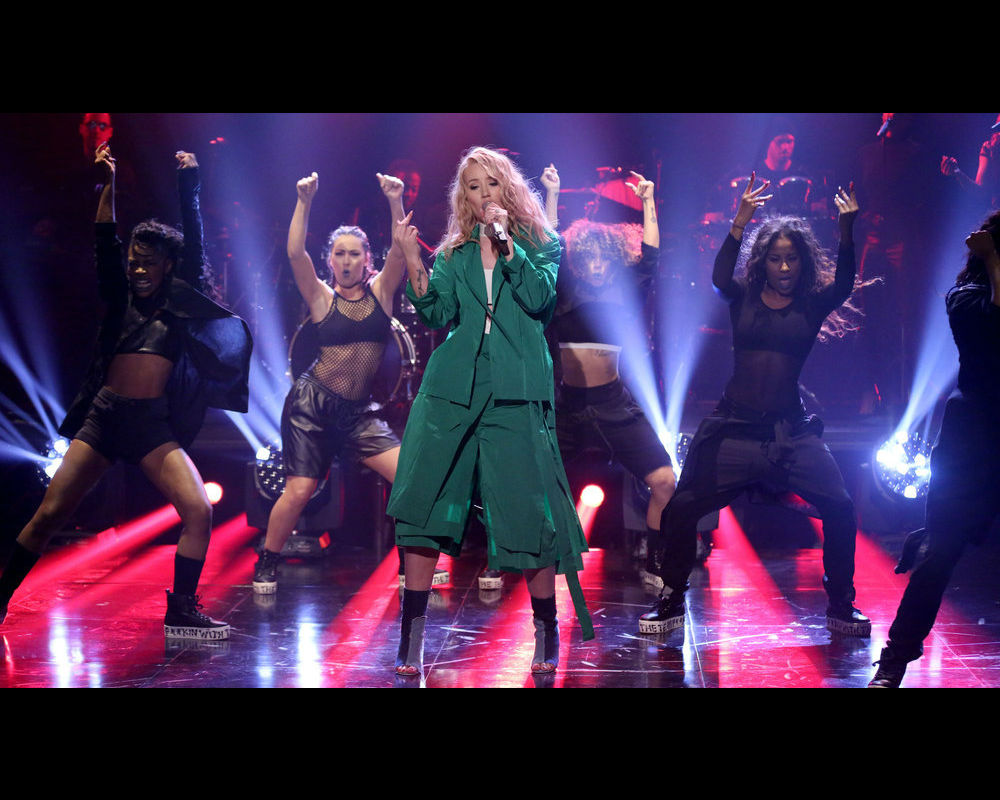 Australian rapper, Iggy Azalea performed her newest single titled, “Team” live on The Tonight Show with Jimmy Fallon, getting us all hyped for her next album. Tweeting to fans that she was extremely nervous because it was her first time singing on TV, and I have to say, she definitely DID NOT let us down!

Azalea raps about self-confidence in the track, declaring, "Baby I got me, and that’s all I need, only friend I need," with the rapper later disclosing life and career struggles she had faced during the process of creating the album in an interview. It marked Azalea's first solo single in three years.

Carolyn Menyes of Music Times claimed the track "shows a new sense of independence for (Azalea), both lyrically and by releasing a single where she's the only star, and the hook is undeniable."

Iggy debuted the single just days ago by posting a dance video to YouTube and it already has over 7-MILLION views. During an interview with Good Morning America, the rapper commented on what it’s like for her to put out new music again. She had previously confirmed the official music video was under production and would be released in following weeks.