It seems like Adam Levine and Behati Prinsloo are taking a fresh start.

On Sunday, Entertainment Tonight spotted the couple as they were reportedly looking for a home in Pacific Palisades, California over the weekend. As they showed up to a home in their fancy Porsche, the two looked healthy in their casual attire.

Levine wore a white T-shirt and jeans as the model sported a colorful dress with a black sun hat where her pregnant belly was visible.

The site even posted a photo of the home that looks perfect for a celebrity couple as it appears to be filled with space while also in some solitude. The couple held hands as they walked around the area to see if this might be suitable for them and their future child.

Rumor currently has it that Levine's good friend and co-star from The Voice Blake Shelton might want to be considered as the baby's godfather.

"Blake has already volunteered to be the godfather, so he can show their little one the ropes," a source told Hollywood Life.

Shelton and his girlfriend Gwen Stefani might also be down to throw Levine and Prinsloo a big baby shower.

Levine and Prinsloo have been married for more than a year now. 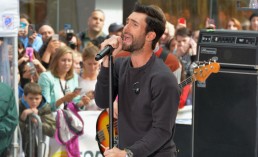 Adam Levine, Behati Prinsloo Marriage: Singer Has 'Best Birthday' All By Himself In Bed [PHOTOS, VIDEO] 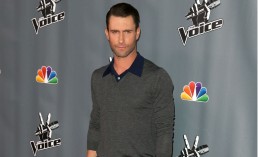 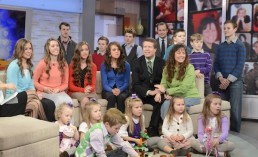 Jim Bob, Michelle Duggar News: Is Josh The Reason Why They Are Divorcing? [VIDEO]